Ordinary Hijacked by Extraordinary, With Comedy 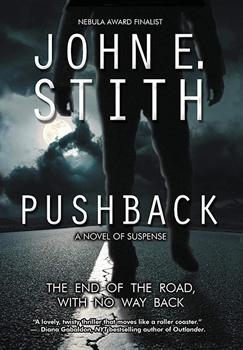 Dave Barlow is just an ordinary guy whose existence is suddenly hijacked by wildly extraordinary circumstances.

When Dave takes his new love, Cathy, to the high school reunion he’s not even sure he wants to attend, he’s shocked that not one person remembers him. And he doesn’t recognize them either. Is he losing his mind? After all, he’s long suffered from PTSD—first from witnessing the murder-suicide of his mother and father when he was a boy, and then from the horrible car crash that killed his fiancée and left him mangled, both inside and out. Maybe he needs to go to therapy more often?

But hours before the reunion, someone had fired two bullets into his car door and then turned the holes into a smiley face. At first dismissing the damage as a random act of vandalism, Dave now realizes that the reunion fiasco was a set-up, and the two hateful acts are connected. As he tries to piece the puzzle together, eerie things continue to happen. Someone isn’t just trying to ruin Dave’s life—they’re trying to kill him. Can he determine who is behind the vendetta against him and stop it before they stop him?

Author John E. Stith’s exploration of both PTSD and personal loss echoes experiences from his own life, having lost his wife of many years and then unexpectedly discovered that life really can go on. After a long hiatus from writing, PUSHBACK provided a therapeutic experience for Stith as he got back in the groove of writing.

“My books generally start with a trio of elements,” he says. “One is an emotional aspect, an issue that has floated to the top of my stack at the time. Another is the kind of story I want to tell. The third is a setting that interests me and is complementary with the story. So, the emotional element is in the write-what-you-know vein. In general, I think it would be hard for most readers to pick apart some of my books and see what aspects are autobiographical, though twisted and distorted by the lens of fiction, and which parts are complete fabrications.”

Besides exploring the effects of trauma, Stith’s goal was to write a book people would enjoy reading. He says he wants readers to be entertained, first and foremost, but he also hopes “they’ll see a character they can identify with and root for.” Even with Dave’s story centered on the damage caused to his psyche from witnessing the murder-suicide of his parents, Stith inserts irreverent humor into Dave’s persona, reminiscent of Nelson DeMille’s character, retired NYPD detective John Corey.

“I love works that sneak in some humor amid the tension,” Stith says. “DeMille is a great call, because he’s one of my favorite writers and I’m very flattered. I think of Robert Crais, Linwood Barclay, Peter Abrahams, William Lashner, Robert Parker, and Donald Westlake as other favorites who can mix pathos, tension, and humor in a way that the sum of the parts is even greater. I think political cartoons often carry more weight than declarative statements because we laugh at the truth behind the message. I think novels should appeal to all the senses, and when it’s possible, also the sense of humor.”

Regarding Stith’s focus on PTSD in PUSHBACK, he acknowledges that many survivors deal with more severe trauma than what Dave Barlow experiences, or what Stith personally lived through.

“My own experiences are nothing compared to the trauma many of our military members have suffered,” Stith says. “Their suffering is one reason a huge fraction of our homeless population consists of wounded warriors we have let down. But in the civilian population, we have people who’ve survived school shootings, witnessed terrible accidents, gone through awful divorces, been victimized by a stranger or a friend, or have gone through the death of loved ones in a slow-motion train wreck. The effects of those experiences can change one’s thoughts and reactions for a long time to come.”

Suffering through trauma can also shape one’s personal life decisions, such as Dave’s decision not to have children—a choice that mirrors Stith’s own anxiety about whether he could be a good parent.

“In the aftermath of difficult experiences, I think it’s common to reflect on them, to question past decisions, to grow through them if we’re lucky,” he says. “I’ve certainly thought about past forks in the road, and have found that crises can make people re-evaluate priorities and can trigger growth.”

Considering the event that sets PUSHBACK’s plot in motion, I’m compelled to ask Stith if he’s ever been to one of his high school reunions. He has, and fortunately they recognized him.

“I have attended a few,” he says. “At one, I met the bully who’d spent some of his energy on me back in the day. He was by then the local district attorney and had turned into what seemed to me… a basically decent guy. We all grow up at our own rate. It’s too bad that as a species we grow up physically before we grow up emotionally, myself certainly included.”

Stith, who has a degree in physics and a background in multiple scientific and technical fields, is best known for his hard science fiction suspense novels, but PUSHBACK is a contemporary thriller set on Earth. He attributes the shift to his personal reading preferences and a desire to explore new territory as a writer.

“For a long time, the majority of my pleasure reading has been mystery suspense,” Stith says. “Most of my science fiction novels contain mystery or suspense elements—a private eye on a distant planet, an amnesia/murder tale aboard a space station, an undercover operative going back home again and finding an old flame in trouble, an investigative reporter wondering why one news team is often the first to reach a new disaster. In each book, I try to do something new for me, and this time this was the choice.”

Stith says his current work-in-progress—about a military doctor who’s part of a botched mission that leaves most of his compatriots dead, and the commander who doesn’t want his role in the tragedy to come to light—is also a departure from his sci-fi roots.

While it represents a new direction for Stith in terms of genre, what’s most captivating about PUSHBACK is that even with people like Dave Barlow—just an average guy doing average things—life can take a shocking turn for the worse. But the book reminds us that, also like Dave, we have the power to turn it right-side up again, with humor at the center of our inner strength. 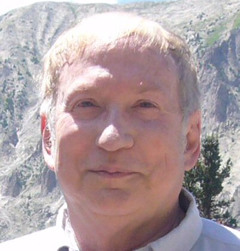