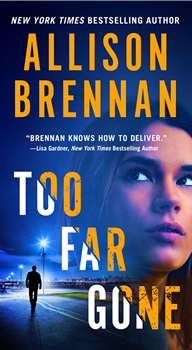 When a man who appears mentally unstable holds a group of people hostage and dies in a shootout with the FBI, Special Agent Lucy Kincaid is assigned to investigate what happened. Up until two months ago, McMahon was a respected scientist—then his wife left him, he lost his job, and he was arrested for assaulting a former colleague. The one person who might have answers—his research assistant—has disappeared.

While Lucy is investigating this bizarre case, her husband Sean is on top of the world: his son Jesse is visiting for the summer. They are having a blast, until someone follows them. Sean is positive that the surveillance is connected to Jesse’s stepfather—a man who had once laundered money for a violent drug cartel. But when Lucy and Jesse are run off the road, they begin to wonder if the attack is connected to Jesse…or Lucy’s current case.

Nothing is what it seems—not the McMahon investigation or the car accident. As Sean and Lucy dig deep into the lives of everyone involved, one thing becomes clear: If they don’t find the truth fast, everyone they care about is in danger…

My number one goal in writing any book is to provide a few hours of entertainment where the reader can lose herself in a story, and be satisfied at the conclusion. So what do I want readers to take away? I want them to feel time with the book was time well-spent.

Lucy’s husband Sean learned several books ago that he had a son he didn’t know about. In TOO FAR GONE, Sean fears he won’t make a good father to a young teenager who has been lied to most of his life. It was very interesting and eye-opening for me as an author to see a confident character like Sean — who never doubts himself or his decisions — be indecisive and confused about his role. He desperately wants to be a great father — but he didn’t have the best role model, and his life is not set up for raising a kid. Watching this unfold was as interesting for me as a writer as the core mystery.

When I was on maternity leave with my son 17 years ago, I read 77 books. Among them were Lisa Gardner’s The Third Victim and Iris Johansen’s The Search. When I finished those two books, I thought, “THAT is exactly what I want to write.” Dark, suspenseful, fast-paced mysteries that had a happily ever after — I want the good guys to win and the bad guys to be dealt justice. I’d written all my life–for myself–but never finished anything. I committed myself at that point to pursue a writing career — even though I was raising a family and working full-time. I’ve never regretted it.” 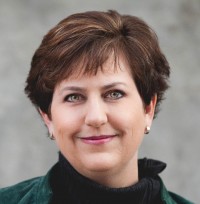 Allison Brennan is the New York Times and USA Today bestselling author of more than 30 books. Allison believes that life is too short to be bored, so she writes three books a year and is raising five children. She’s currently writing the Lucy Kincaid FBI series and the Maxine Revere cold case mystery series.

To learn more about Allison and her work, please visit her website.