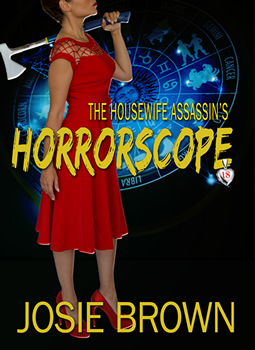 Donna Stone, her mission leader Jack, and their covert ops team must decipher horoscope tips that contain clues to the names of twelve U.S.-born traitors whose individual acts are the catalyst to treason at highest level.

The Big Thrill caught up with author Josie Brown to discuss the eighteenth installment of The Housewife Assassin series, THE HOUSEWIFE ASSASSIN’S HORRORSCOPE:

Every novel within the series must challenge both the author and her characters. This series looks at the light and dark sides of espionage. Could your neighbor be a spy? Of course—even in America. This latest Housewife Assassin novel brings home that realization yet again.

This book is much darker than the usual Housewife Assassin novel—certainly a reflection of the times we live in.

But as history has taught us, unless we allow democracy to die in darkness, truth will prevail.

John Le Carré, Martin Cruz Smith, Chris Pavone, and Jason Matthews. Each of these novelists have created three-dimensional protagonists who, when faced with the moral ambiguities needed to right a wrong against the laws of their countries, have admirably risen to the challenge, even at the expense of their own lives. 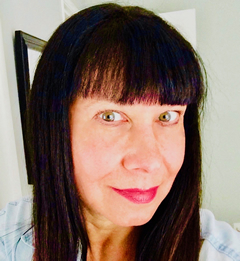 Over a million readers have enjoyed Josie Brown’s thirty-two novels. She has been ranked #1 on both Amazon and iBooks on numerous occasions.

Her series include: The Housewife Assassin (18 novels) and Totlandia (8 novels).

Her stand-alone novels include: The Candidate, The Baby Planner, Hollywood Hunk, Hollywood Whore, and Secret Lives of Husbands and Wives, which was optioned for television by producer Jerry Bruckheimer.

To learn more about Josie and her work, please visit her website.