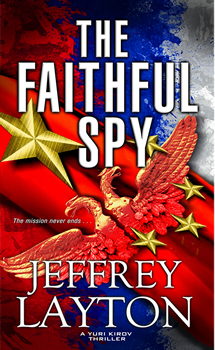 And who better to write about submarines and underwater warfare than a professional engineer who is an expert in waterfront and coastal engineering? Layton uses his expertise in diving, yachting and offshore engineering to bring submarine espionage and warfare to life.

A Russian spy disappearing within the United States. Double-agents from Russia and China. An American woman caught in the middle. How could a story be more relevant in today’s climate?

Layton says, “The present tension between the United States and the Russian Federation is an integral element of THE FAITHFUL SPY. Russia remains exceedingly dangerous and has embarked on an aggressive plan to regain its status as a military superpower. Perhaps even more dangerous… the People’s Republic of China has emerged as both an economic and military rival to the United States.”

What makes THE FAITHFUL SPY (and The Good Spy series) so different from other military thrillers? According to Layton, it’s because “the protagonist… is a Russian naval intelligence officer.”

As a result, we get to experience political turmoil and military strategy from the perspective of a non-American. Yuri Kirov, disillusioned with Russia because it abandoned him after a failed mission, is living as an American, alias John Kirkwood, and works as a consultant at Northwest Subsea Dynamics, part of Cognition Consultants, an American world-class IT company. Not only has he built a new life, but he’s also created a family with American Laura Newman—Chief Operating Officer of Cognition Consultants—and her infant daughter.

Interestingly, Layton’s premise of a disenchanted spy living in the U.S. was validated by a Sixty Minutes segment he watched while writing his novel. Former KGB agent Jack Barsky refused to return to Russia, living in the U.S. for years before the FBI discovered him. Barsky’s memoir, Deep Under Cover—My Secret Life & Tangled Allegiances as a KGB Spy in America, proved to Layton that real life can be almost stranger than fiction.

Although hiding from Russia, Yuri Kirov has never requested asylum, until now. But before the FBI and CIA can interview him, the Russian Navy tracks him down. They promise to give him his freedom if he conducts one last espionage mission against Chinese naval forces, which had covertly staged an attack against the U.S. that pointed to Russia as the aggressor. Because the Chinese military believes Yuri is in the hands of American law enforcement, they try to eliminate the only other person who knows of China’s previous attempt to start a war—Kirov’s American lover, Laura Newman.

And Kirov’s nemesis, Elena Krestyanova, a Russian double-agent also working for the Chinese, is once again in the middle of the mix.

As Yuri’s mission escalates, he realizes he is embroiled in something far more sinister and dangerous than reconnaissance. The Russian military is trying to stage an attack against the Chinese Navy, leaving clues that implicate American military forces. Retaliation by China against America is imminent. Will Yuri be able to stop a third world war?

Layton makes reconnaissance by military submarines the focal point in his novels. “Spy sub ops are ultra-secret and rarely discussed in public by individuals involved in underwater espionage,” he says. What adds powerful authenticity to the tactics portrayed in his books is that he was “involved in underwater engineering reconnaissance and construction inspection of pipelines and other submerged structures requiring considerable diving. My work experience as a diver-engineer eventually carried over into my fiction-writing career.”

Modern warfare fans will be captivated with the ultra-high-tech military nautical weapons and reconnaissance equipment at the center of the story—from crawler bots, acoustic sensors, nuclear submersibles, and autonomous underwater vehicles, to mini aerial drones that fire nine-millimeter hollow-point bullets.

THE FAITHFUL SPY takes us across the globe to U.S. naval installations in the Pacific Northwest, military installations in Russia, and naval bases in The People’s Republic of China. Because most of these bases are strategic assets, Layton could not arrange for visits as part of his research. He had to “[rely] on research to piece together an overall portrait of the facilities. One key tool used in this endeavor was imagery from Google Earth.”

Besides this exciting novel launching readers into political and military intrigue, Layton weaves a dire warning into the story:

“China and Russia are not our friends,” he says. “China in particular is going to be the United States’ principal adversary in the very near future—both economically and militarily…. The average American is not yet aware of how serious this threat is to the overall welfare of our nation.”

THE FAITHFUL SPY is the perfect novel for military enthusiasts who enjoy the technicalities of submarine espionage and warfare, and for those who love an unlikely hero.

Beware, readers! Covert operations might just be taking place at the nearest shoreline. 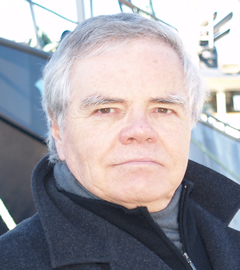 Jeffrey Layton is the author of the Yuri Kirov thrillers THE FAITHFUL SPY, The Forever Spy, and The Good Spy. His other published thrillers include Vortex One, Warhead, and Blowout. Jeff is a professional engineer who specializes in coastal engineering. He is a member of the Authors Guild, Pacific Northwest Writers Association and International Thriller Writers, Inc. Jeff uses his knowledge of diving, yachting, offshore engineering and underwater warfare in the novels he writes. He lives in the Pacific Northwest.

To learn more about Jeffrey and his work, please visit his website.