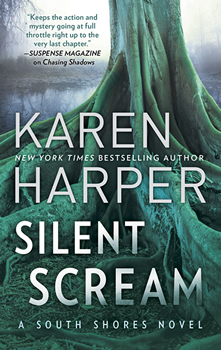 A violent past leads to a present danger…

When an old college roommate invites Claire Britten to join her on an archaeological dig at a Florida peat bog, it’s an offer the renowned forensic psychologist can’t refuse. Claire’s husband, criminal lawyer Nick Markwood, is comforted to see Claire working on a prehistoric burial site instead of an open grave for once. But Claire’s investigative instincts kick in when some of the Black Bog’s perfectly preserved corpses show signs of a grisly fate. What really happened to these people?

What started as an exploration of the past soon escalates into an all-too-current danger. Someone is watching—someone who really doesn’t want Claire digging into the past or Nick making connections to a current, violent murder case he’s investigating. The bog’s corpses may be long dead, but if Claire and Nick don’t figure out who’s gunning for a fresh kill, the next bodies to be discovered will be their own.

Besides giving my readers a thrill ride, the teacher in me loves to include surprising information in each novel. Florida does actually have ancient bodies buried in peat bogs which have been studied to learn about the prehistorical American past. A heroine with a career in forensic psychology and a hero who is a criminal lawyer make a great pair to solve mysteries past and present–but it always puts them in danger.

My South Florida characters include Hispanic people and many ‘real down-to-earth Floridians.’ One thing our years in SW Florida taught us is that there is a great ethnic blend there. In other books in the series, I have explored current day Seminoles. Florida may seem like a young state, but it has a fascinating and rich heritage I draw on for this series.

I was more than surprised to read about ancient bog people buried near Disneyland, no less. In SILENT SCREAM, I used my studies of that bog to create the fascinating Black Bog, but I used the findings of the actual bog to create the ‘silent scream’ long dead characters. I worked hard to blend the solving of a prehistoric murder case uncovered in the bog with a current-day woman-found-in-freezer case ripped from the headlines. Both murder victims are ‘frozen in time’ with a silent scream on their faces. Claire and Nick must solve double, time travel murders. 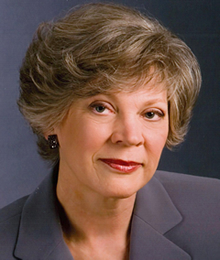 Karen Harper is the New York Times bestselling author of suspense and historical novels. Her current South Shores Series is set in South Florida and the Caribbean. Published since 1982, she is the winner of the Mary Higgins Clark Award for her suspense novel Dark Angel. A former high school and university English instructor, Harper lives in Ohio and has lived 30 winters in South Florida. She and her husband love to travel.