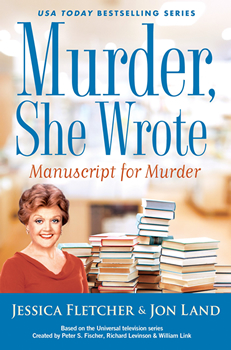 Jessica Fletcher has had plenty to worry about over her storied career, both as a bestselling novelist and amateur sleuth. But she never had any reason to worry about her longtime publisher, Lane Barfield, who also happens to be a trusted friend. When mounting evidence of financial malfeasance leads to an FBI investigation of Lane, Jessica can’t believe what she’s reading.

So when Barfield turns up dead, Jessica takes on the task of proving Barfield’s innocence–she can’t fathom someone she’s known and trusted for so long cheating her. Sure enough, Jessica’s lone wolf investigation turns up several oddities and inconsistencies in Barfield’s murder. Jessica knows something is being covered up, but what exactly? The trail she takes to answer that question reveals something far more nefarious afoot, involving shadowy characters from the heights of power in Washington. At the heart of Jessica’s investigation lies a manuscript Barfield had intended to bring out after all other publishers had turned it down. The problem is that manuscript has disappeared, all traces of its submission and very existence having been wiped off the books.

With her own life now in jeopardy, Jessica refuses to back off and sets her sights on learning the contents of that manuscript and what about it may have led to several murders. Every step she takes brings her closer to the truth of what lies in the pages, as well as the person who penned them.

The Big Thrill caught up with USA Today bestselling author Jon Land to discuss the next book in the Murder, She Wrote series, MANUSCRIPT FOR MURDER:

That’s a simple question that requires a complex answer. I’ve heard from so many people who read my first effort writing as Jessica Fletcher, A Date with Murder, telling me how many happy memories it brought back to them of watching the television show with their mother or grandmother and how they continue to enjoy the series to this day, more than 30 years after it first went on the air. So I want long-time viewers of the series to get that feeling and have their love of Jessica Fletcher rekindled. On the other hand, for readers equally familiar with the book series, I hope they take away the fact that any time a new writer takes over a brand, it’s natural for that writer to put their own mark on it. So I want to do enough to make the series feel fresh, while not doing too much to make it feel diametrically opposed to the traditions established in the first 46 books in superb fashion by Don Bain.

I love that question and here’s why: I think we get caught up a lot in labels associated with particular genres. And I think the greatest contribution MANUSCRIPT FOR MURDER makes is to kind of toss those labels aside. While I believe this book is still a cozy, the mystery is more edgy and complex. Beyond that, Jessica finds her own life threatened as she steadfastly searches for the killer of her longtime and beloved publisher. A review in BookTrib proclaimed MANUSCRIPT FOR MURDER to be “a cozy thriller.” So maybe my contribution to the genre is to have kind of invented a new one.

Well, when I started the series I’d never written from the first person POV before, never wrote a book where we see the entire book unfold from a single viewpoint. As a thriller writer, I’ve always considered one of my greatest strengths to be how I’m able to juggle multiple plot lines, each with its own perspective. What surprised me in writing MANUSCRIPT FOR MURDER, and every entry I’ve done in the series, is how easy it was for me to find Jessica’s voice and let that voice and her eyes guide me along. You know it’s funny, but when writing my far more complicated thrillers in the Caitlin Strong series, I’m always able to keep track of all the various plot mechanizations and maneuvers. But with the Murder, She Wrote series, I often forget exactly what Jessica has already figured out and when exactly she did so. That means I have to go back and check myself more. So the mechanizations may be simpler, but their subtlety and sheer number makes it a challenge to keep everything in front of me. Especially since, like my Caitlin Strong thrillers, I never know where exactly I’m going until I get there. Good thing I’ve got a great guide in Jessica Fletcher!

I think it comes down to writing Jessica true to the way she would be today as opposed to the 1980s. When people say my approach to Murder, She Wrote represents an “update” or a “reboot” I believe that’s what they’re referring to. What makes these books cozies is a general familiarity with the setting of Cabot Cove and the recurring characters who are greeted by readers like old friends and that hasn’t changed in my take. I’ve also seen it written, perhaps critically, that I’ve added an “edge” to the series. But people forget some of the best episodes from the TV series itself were pretty edgy in their own right. But, again, the show went off the air a generation ago and I think writing Jessica as a successful woman, living and working on her own, is the perfect template for where pop culture stands today. Even mysteries and thrillers don’t unfold in a vacuum; instead, they reflect the realities of the world in which their characters live and interact and it would be disingenuous to write Jessica as if she was still living in the ’80s.

I’ve probably answered that question more than any other, so I want to give you a different answer than I’ve ever given before, one specific to the essence of the mystery as opposed to thriller. I grew up reading Agatha Christie and also watching those great Miss Marple movies based on another character she created. So I think my take on Jessica has been influenced a lot by that. To put it differently, when I’m writing a thriller I’m channeling Robert Ludlum, David Morrell, Clive Cussler or another of the writers I emulate. When I write a Murder, She Wrote book, I’m channeling Robert Crais, Michael Connolly or Harlan Coben. I think that’s why MANUSCRIPT FOR MURDER may not feel as much like a traditional cozy as Don Bain’s take on the series. The MSW books are still cozies, but with a present day mindset. The way a cozy might very well read if the sub-genre had been invented in 2018. 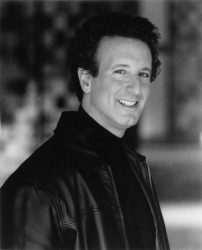 Jon Land is the award-winning, USA Today bestselling author of 45 books, including nine titles in the critically acclaimed Texas Ranger Caitlin Strong series, the most recent of which, STRONG TO THE BONE, won both the 2017 American Book Fest and 2018 International Book Award for Best Mystery. He also recently took over the MURDER, SHE WROTE series, writing as Jessica Fletcher, and has teamed with Heather Graham for a new sci-fi series starting with THE RISING.