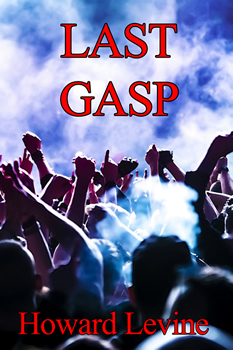 Howard Levine is like most of us. He worked hard to support his family, pursued his love of writing, and, according to nearly any poll out there, shares our frustrations with the federal government.

A former educator and political activist, Levine combined his angst with the government and love of writing into his most recent novel, LAST GASP. The book introduces us to Frank Tedeschi, an everyman who shows us that you can “fight City Hall”—and perhaps those inside the Beltway as well.

In this The Big Thrill interview, Levine gives us a behind-the-scenes look at his new release, LAST GASP.

It seems your background as a teacher of Special Education and English for Speakers of Other Languages connected you to both an appreciation for language and stories about great triumph. Is that what brought you to writing? Or is there more to the story?

I’ve always had a love for writing. In fact I became a teacher only after concluding that a combination of writing and part-time jobs was no longer sufficient to support myself and my family. Still, the imperatives of learning to communicate clearly as a teacher, and trying to understand and work with the personalities of both students and fellow staff members, helped a great deal with my writing, with characterization and plot organization.

It’s been said that everyone has one book in them. What separates the writers from the rest is the second book. As LAST GASP is your second book, would you talk a bit about the difference between writing the first and second?

There are similarities between LAST GASP and my first novel—Leaving This Life Behind—in that the characters in both are working class New Yorkers dealing with difficult family situations. Leaving This Life Behind also involved the exploration of certain spiritual understandings, and it was a challenge to incorporate them in a way that fit in with the flow of the story. LAST GASP involved no such issues.  It was my first “thriller,” and I was surprised at the way the twists and turns of the plot presented themselves as I went along.

In LAST GASP, you note that you tackle the notions of ordinary people having a transformative influence on society even against active governmental opposition. As a former Special Education teacher, and a writer who lives in the Washington, D.C., area, does LAST GASP weave together some of your real life experiences? If so, can you share who or what motivated the story and its characters?

LAST GASP reflects my incredulity, particularly during Republican administrations, at the kinds of duplicity that emanate from the federal government. With the current administration, my wife and I have been involved in many protest activities. The novel, fictitious though it is, presents ordinary people who virtually change the course of American history.

Tell us a bit about Frank Tedeschi. What do you like about him? What surprised you as he came to life on the page?

What I like about Frank is that he has a moral center and tries to live in accord with that.  Also, he shows compassion for those who have been dealt a bad hand by life, even if those individuals’ actions can be construed as evil. I was surprised by the range of emotions of which he was capable, in response to the personal loss and danger he encountered in the novel.

It certainly seems that politics are a great well from which fiction authors can draw. What drew you to want to tell a political story? How do you want your readers to see or think differently about politics after reading LAST GASP?

I’ve always paid attention to politics, and that was probably an influence in the germination of the plot of LAST GASP.  But I wasn’t looking to tell a political story, or write a thriller—an idea came up that seemed viable, and I went with it. Regarding my readers’ political views, if they are influenced in the direction of seeking greater compassion and honesty in politicians, I’ll be happy.

We don’t want to look past LAST GASP, but what are you working on now?

I’m working on a novel in which an upper-middle class retired couple rescues two underaged “illegal” immigrants from the Arizona desert. They attempt to reunite the brothers with their undocumented father in Maryland.

You mention that Richard Russo and T. C. Boyle were authors that had a big influence on you. Talk about how they influenced you. Are there other authors as well?

Richard Russo has a great facility for evoking the lives of ordinary people in a realistic and insightful way. I try to do the same in my writing. T. C. Boyle is a master at the use of language, of evoking time, place and characters with dazzling prose, even as he moves his story along in a way that engrosses the reader. Jennifer Egan is another author whose skills I admire. She tells gripping stories, and her writing is both accessible and beautifully descriptive.

People would be surprised to learn that I’m a teacher and long-term practitioner of the Transcendental Meditation program of Maharishi Mahesh Yogi.

Write for the joy of writing—making a living at it is a very long shot—and seek honest opinions and critiques regarding your work. The feedback of readers is invaluable in improving one’s writing. 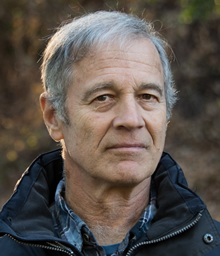 Howard Levine is the author of one previously published novel, Leaving This Life Behind. He is a former public school teacher of Special Education and English for Speakers of Other Languages. He lives with his wife in suburban Washington, D.C., where he hikes, bikes, writes, and works in a soup kitchen.