How to Nail a “Killing” 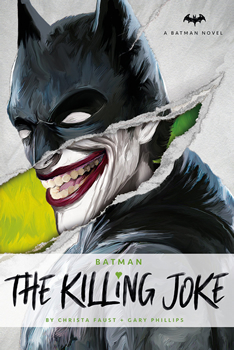 One of the most influential and popular of all graphic novels turns 30 this year, and to celebrate it, Titan Books and DC Comics have commissioned Christa Faust and Gary Phillips to explore, expand, and write THE KILLING JOKE.

As many a media tie-in project begins, this one started with a query from an editor. “And I said yes,” says Faust. “I had recently worked with Gary Phillips on another project and we had a good collaborative dynamic going. It seemed like a no-brainer to get him on board and, I won’t lie, I could not have done it without him.”

Faust says she was the one to get the foot in the door, but it was Phillips’ encyclopedic knowledge of the characters that helped make the story shine.

Never has the equation between a picture and words been so gripping. The actual sequential by Alan Moore, writer, and Brian Bolland, artist, is only 46 pages, thus a lot of front-loading and sub-plotting were required. “We were able to tap inspiration from the 75 years of the Batman mythos, which itself has been retconned several times, the ‘90s animated art deco/film noir influenced/retro Batman: The Animated Series, the ‘90s Gordon of Gotham and Gordon’s Law comics mini-series that are direct lineage to today’s Gotham TV show that is not your pappy’s Commissioner Gordon running around,” Phillips says. 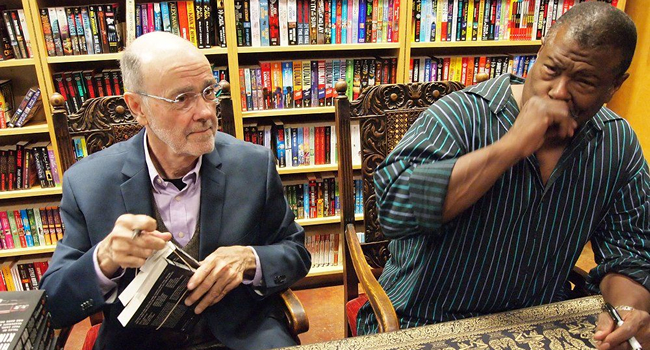 Jim Sallis and Gary Phillips signing at the Poisoned Pen

Adding narrative heft to shorter material is the central job of all novelizations. Faust is the writer who took the thin script for Snakes on a Plane and turned it into a 95,000-word novel. “It’s always a blast to dig deeper into the characters’ backstories, and prose lets you into their heads in a way that film or art often can’t.”

It became a personal mission for them to square the badass Gordon with the somewhat frumpier version depicted in the original. After all, this is the story of a guy who got tied up and humiliated but then showed a spine of steel. “Much the same way that it was important Barbara Gordon/Batgirl not be the weeping victim,” the authors add. 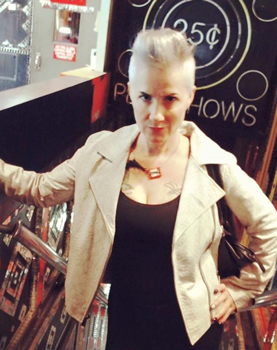 Novelizations and other media tie-in projects usually have tight deadlines. This project was no different in terms of that expectation. Nothing can be published until the rights holders have reviewed and signed off on every single aspect of the story. In this case, having multiple rights holders involved added time to the process. Working on THE KILLING JOKE took about eight months. After signing on for the challenge, the authors had to write an outline for approval by several parties, such as Warner Brothers, DC Comics, and Titan Books. “Actual writing the draft went rather quickly,” Phillips says, adding, “Christa and I assigned certain segments to each other.  Then we read the text over and tweaked and rewrote passages to better flow the text as one voice.”

Faust says, “One thing that everyone involved in the project agreed on from the beginning was that the character of Barbara needed to be fleshed out and given more active agency in the story. I’m known for writing strong female protagonists, and that was one of the main reasons I was hired for this job. It meant a lot to me to be able to transform Barbara into a deeper, more complex character that more readers can relate to.”

The story is set in 1998, so most of the research involved making sure certain things existed in that year. There are references to smoking in public, disco, big ole’ Ford LTD cars, that sort of business, as well as the mining of many Batman stories for names of obscure super-villains and henchmen. 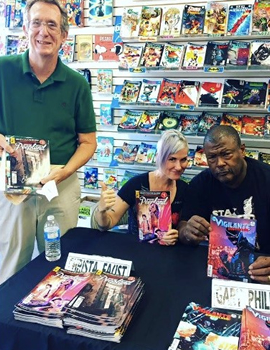 Writer Michael Harris with Faust and Phillips in the comics shop.

“A big feature in our story is the dawn of what would later be known as the Internet, or more specifically a slightly-to-the-left-of-reality Gotham City version of that technology,” Faust says. “We had to learn all about the real stuff before we could create our own.”

Everybody loves a daring escape sequence, with entire books and movies devoted to such endeavors, and yet the Joker’s escape from Arkham Asylum in the original graphic novel was never revealed.

“Readers can tell that was my pervy brain that came up with that particular scene,” says Faust. The Joker’s escape provided a fun opportunity to feature a very early version of a certain fan-favorite character and foreshadow later developments. “Also, this is a great example of the ways in which a prose adaptation can fill in the blanks left open in the original.”

Comparisons with the eponymous animated film from 2016 are inevitable. Suffice to say the authors went in a different direction, and were approved to do so. The nature of the tie-in and novelization business is that the author (or authors) is bound to write the contracted material regardless of how she personally feels about it.

“Ultimately, I’d like to think that all three versions can stand alone on their own merits,” Faust says. “That’s the fun of working on a project like this. It would be pretty dull (and short!) to just transcribe the graphic novel verbatim, and there isn’t really any point in doing so, since that version already exists.” 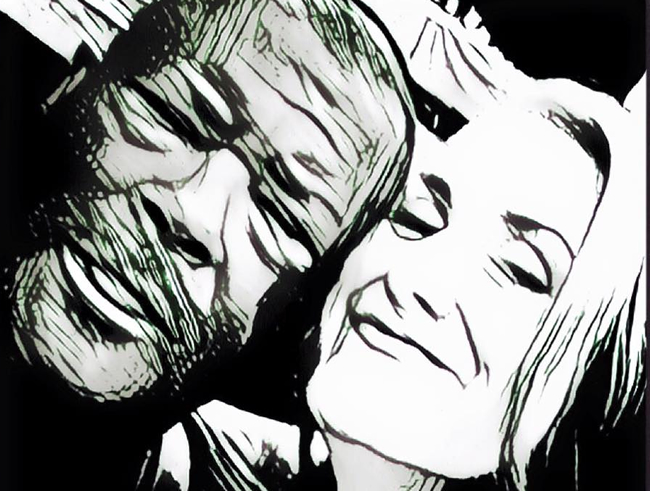 “I hope both prose and comics readers will dive into our take on the Batman canon and come away satisfied as both a gritty crime story read and an addition to the multi-faceted Batman universe,” Phillips says.

Faust has been writing media tie-ins for nearly 20 years. She’s covered a wide variety of characters, from Freddy Kruger to Fringe. She still loves the job and feels honored to be able to do it on a regular basis. “It can sometimes be difficult to find a balance between preserving the spirit of the original and providing interesting new twists that will keep both old and new readers engaged, but I’m always up for that challenge,” she says.

As for Phillips, he has tackled revamped characters, writing comics like the Vigilante, originally a 1940s masked cowboy who rode a motorcycle. DC allowed him to morph into a weed-smoking slacker in South Central L.A. whose activist girlfriend is murdered and turns him into Vigilante: Southland. Phillips has written licensed characters like Richard Henry Benson, the Avenger, and Jimmy Christopher, Operator 5 the first superspy.

“I wasn’t nervous about writing Batman but was aware of the weight of history and fan love these characters have and how to pay tribute to that yet tell a modern tale,” he says.