The Scare Secrets of Thriller Novelists 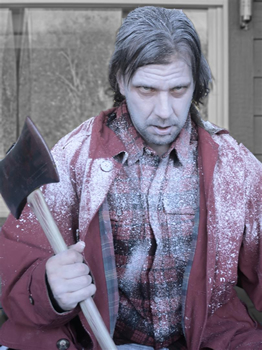 Author Carter Wilson sets up his annual Halloween display with one goal in mind: five kids crying. Minimum. He even films the results.

Which is how he once captured the terrified scream of a young boy dressed as an M&M seconds before he dropped his candy and tore off into the night, followed by an amused father who caught up to his little trick-or-treater a couple houses down the way.

“I’ve had a lot of kids not even make it to the porch,” Wilson says. “But what’s great is that for every kid who’s ever lost their mind on my porch, they usually have a parent. And that parent—and I cannot stress this enough—always laughs.”

It’s perhaps somewhat macabre payoff for the tremendous effort Wilson and his family put into each display. From creepy circus clowns with loud haunting music and glowing paint, to themes that span everything from common phobias to pop culture, there’s something to shock even the most stoic of Halloweeners.

“I always work motion-activated animatronics into my set,” he says. “There’s always one item that’s connected to a pneumatic cylinder / air compressor that activates when motion is detected.” 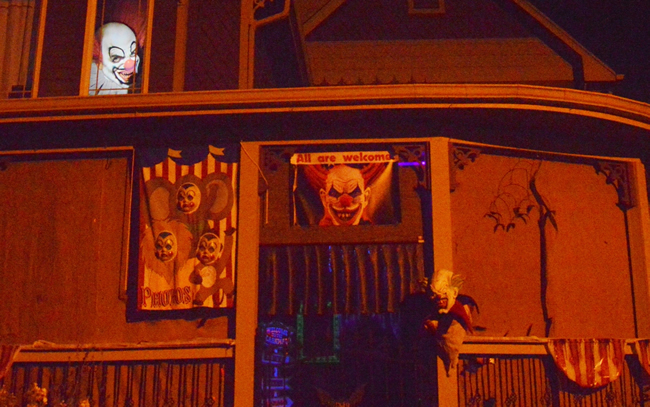 For the circus year, Wilson constructed a huge jack-in-the-box that launched a creepy clown. For the year of the Exorcist, he had a full bed—complete with green vomit—that terrorized visitors each time it slammed up and down. And last year, an animated snake spat venom into the unsuspecting faces of those who dared slither up to his door in search of candy.

“A couple of years ago I had a haunted attic theme,” he says. “The highlight was a little doll sitting in a rocking chair, and the doll launched at people when they got close.” You can see the highlight reel of that spooktacular display here, but be warned, it’s not for the faint of heart. 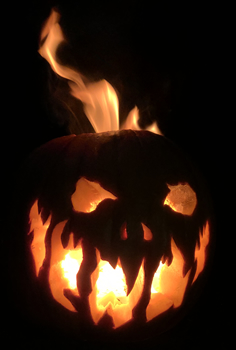 While it’s true Wilson feels somewhat pressured into going all out for Halloween, his love of the holiday spans long before he started writing thrillers, like his most recent, Mr. Tender’s Girl.

“As a kid, I remember there would be one house that was the crazy house, and I used to think I wanted to be that house when I was growing up,” he says.

Mission accomplished, the 300 or 400 kids that visit Wilson each year would likely concede. Though, young trick-or-treaters shouldn’t expect to collect a bounty for their bravery.

“Because there are so many kids, I usually don’t go all-out on candy,” he admits. “So, sorry, kids, no full-size Snickers at my house, but at least you got to wet your pants.”

If fear and crying is the name of the game at the Wilson household, April Snellings and her wife, Jami Garner take a somewhat more ethereal and experimental approach to the holiday—they set pumpkins on fire. 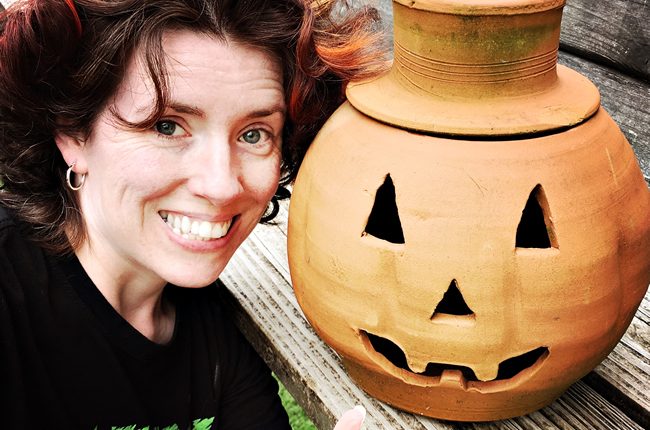 “We don’t have much storage space, so instead of doing a static display, we buy a bunch of pumpkins and assorted chemicals every year and set up on Halloween night so kids can see things like a pumpkin-skull engulfed in green and blue flames, or jack-o-lanterns shooting three-foot towers out of their brain holes,” she says. “It’s a lot of fun and kids really dig it.”

Snellings—author of the recently-released non-fiction book GHOULISH—hopes this mad scientist display will surprise trick-or-treaters, and rekindle the sense of wonder she remembers from the Halloweens of her youth, a time of year she considers to be both sacred and inspiring, and not only because she’s entrenched in the horror realm as an author and editor. 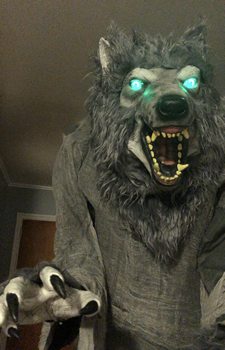 “It turns the whole month of October into creative rocket fuel,” she says. “It’s the one time of year where everyone’s a dork for the stuff you nerd out about year-round, and you can’t help but feed off it.”

And Snellings has an insatiable appetite for all things weird and fantastical. A Nite-Glo cardboard skull is one of the most important pieces of Halloween memorabilia from her youth, along with her collection of cereal box records and a most-recent addition, a seven-foot animatronic werewolf from Home Depot.

“It was a little beyond my Halloween budget,” she says. “But my wife and her co-workers orchestrated an elaborate operation to surprise me with it. It was the sweetest thing ever, and C. Thomas Howl now lives in my office year-round.”