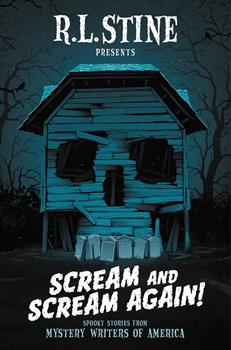 The year 2017 may go down in publishing history as a time for fostering connections—and the fruits of that networking labor have certainly blossomed in 2018.

At just over the half-way point of the year, we’ve seen a marked increase in authors banding together, embracing the notion that whether it’s through an innovative group marketing strategy, or inclusion in a themed collection of short stories by various writers, branding and promoting isn’t a zero sum game.

Rick Ollerman, author of four novels and the editor of Down & Out Magazine, says he’s not surprised to see an influx of anthologies hitting shelves. Published works such as Otto Penzler’s collections and the Akashic “noir” series have sold well in past years, suggesting that this branch of the fiction market seems to have picked up from where it was 10 years ago.

“Lately I’ve been thinking that the crime fiction community is, in a way, almost being censored, if that’s not too strong a word, by the domination of the Big Five publishers,” he says. “From a fiction standpoint, when you walk into a big box bookstore like Barnes & Noble, your choices are fairly limited to whatever the Big Boys are offering you.”

Discovering a fresh voice in this environment, he adds, isn’t easy. Which may be the driving factor in why readers are buying more anthologies, and authors are clamoring to be included in them.

“Readers get a chance to discover a new author every time they appear in an anthology,” Ollerman says. “I know for myself that when I go to conferences, too many people tell me they don’t think they’d read my stuff because it would be too dark. But when they find me in a book-form anthology or magazine, hopefully they give me a more honest look.” 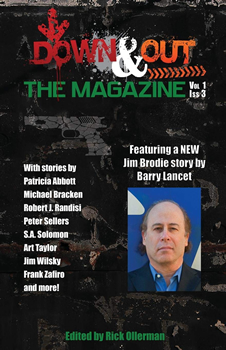 The potential for new readership is certainly a draw, but Ollerman acknowledges that a secondary benefit for authors is that these collections provide a place for stories about established characters in-between novels—as a way to keep the  author brand in the reader’s mind, for instance—or isolated incidents that might not make it into a full-length book otherwise.

“Terrence McCauley mentioned an ‘incident in Malta’ in his first University book,” Ollerman says. “When I put together the (forthcoming) Blood Work anthology, I asked Terence to actually give me the story of that incident in Malta—and he did.”

For Barry Lancet, award-winning author of the Jim Brodie series of international suspense novels set in Japan, contributing to Down & Out Magazine’s anthology issue—on the cover—was an excellent opportunity to introduce new readers to his series character, but also provide an outlet for a Brodie story that didn’t necessarily warrant a full-length novel.

“The advantage, and the joy, is that you get to bring your character back for a curtain call in 6,000 words instead of 100,000,” he says, noting that this was his first time writing shorter fiction, and he enjoyed the opportunity to flex different writing muscles. “A novel is a marathon. You’re in it with the reader for the long haul. A short story is a sprint through a far more compact maze of twists and turns and thrills, with hopefully an epiphany or two, and justice served.”

Less words, yes, but still a tall order for those unaccustomed to writing shorter pieces.  New York Times bestselling author Steve Berry, for example, often says he is “short story challenged,” despite having contributed to numerous anthologies, including three published by the International Thriller Writers—MatchUp, FaceOff, and Love Is Murder.

Each of those anthologies is edited by a beloved author in the genre—Sandra Brown, David Baldacci, or Lee Child, for example—which is another appeal of the anthology for both aspiring and veteran scribes. 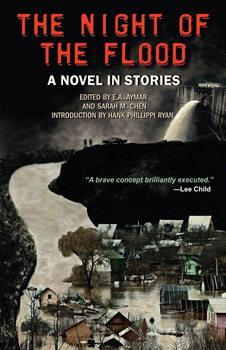 That’s certainly the case for Wendy Corsi Staub, who says when R. L. Stine asked her to be a part of his recent anthology Scream and Scream Again, no way could she turn that down.

Deep admiration for the anthology’s editor didn’t necessarily give Staub a slam dunk story though, nor did the fact that once upon a time, she wrote a series for middle graders. Getting back into that mindset was no easy task.

“It didn’t come naturally,” she admits. “But it was fun, and I was able to exercise that short story muscle. Not all ideas are meant to be novels.”

Carter Wilson, author of chilling books such as the recently released Mr. Tender’s Girl, was also included in Scream and Scream Again. And while writing for the younger audience certainly tapped into a new skillset, Wilson says he’s appreciative for the opportunity.

“Certainly when you are part of an anthology edited by a name like R. L. Stine, it’s great exposure,” he says. “The distribution of the book is fantastic, so it’s helping my name get known to a larger audience. I have a friend whose kid just picked up the book in a store the other day, and didn’t realize until they brought it home that I was actually one of the authors.” 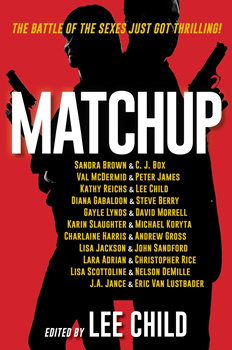 The impulse buy on the part of the youth is testament to the theory that “bite-sized fiction” is making a comeback—or perhaps, becoming attainable, and, as recent data shows, more eligible for award nominations, such as the coveted Edgar.

“An appetite for short stories certainly seems to be consistent with an ever-decreasing amount of free time and attention span in society,” Wilson says. “Plus, there are so many great writers out there now, anthologies are the perfect way for more names to make it into the mainstream and drive readers to new talent.”

“That’s proven wrong in the current climate,” he says. “Though I don’t know how long it will last.”

As with all trends, that’s not a prediction any author, editor, or publisher can make, but for now, there are plenty of anthologies happily riding the wave.