The Secrets to Humanizing a Detective 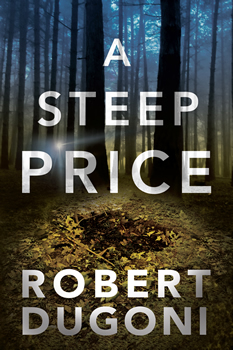 Fresh off the promotion trail of his first literary thriller, The Extraordinary Life of Sam Hell, Robert Dugoni once again launched into full touring mode last month in order to promote the release of the sixth book in his bestselling Tracy Crosswhite mystery series, A STEEP PRICE.

With such a grueling schedule, the temptation might be to fizzle out—but Dugoni, while physically exhausted, says promoting both books has been invigorating, not to mention an interesting opportunity to learn more about his fans, the bulk of whom seem to have enjoyed both new releases, despite their differences.

“So far, there has been very little complaint from any readers about my switching gears to write Sam Hell,” he says. “The toughest question, honestly, is whether or not there is going to be another literary novel.”

Not something Dugoni can answer with any certainty right now—literary thrillers take more time to gestate, and as an author who tends to pounce on an idea with little thought to plot details, carving out the necessary time for a Sam Hell-esque novel isn’t top of mind.

Tracy Crosswhite, however, is, and in A STEEP PRICE, Dugoni takes readers back into familiar territory, with a police procedural that tackles hard hitting issues such as gang-violence, while also touching on topics like family and relationships. The balance is important—and a hallmark of Dugoni’s work.

“We are all multi-faceted human beings,” he says. “I’ve met some truly incredible lawyers who can’t manage their families. I’ve met people in a work setting and they are nothing like the person I then get to know in their personal life. I’ve met some people who are incredible in their home life, but not in their professional life. Everything, really, is a balancing act.”

Dugoni’s characters know a lot about balancing. In A STEEP PRICE, Tracy Crosswhite is pregnant—and actively keeping that fact from her bosses—while trying to maintain her excellent work ethic. The story touches on many issues, but at the heart is the treatment of women in the workplace.

“It’s a very important issue to me because I have four sisters, a wife, and a daughter,” he says. “They will all tell you that discrimination still exists, and though it is perhaps more subtle, the impact remains. Each of them has had moments when they have had to fend off offensive or inappropriate remarks. I’d like my daughter to be able to just go to work and do her job, whatever that may be, and not have to worry about her gender.”

Crosswhite’s pregnancy obviously provides another opportunity for Dugoni to showcase workplace inequality, but it also places his character at a bit of a crossroads—what impact will having a baby have on her? Her career? 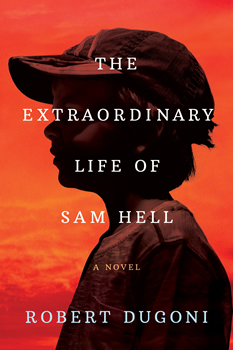 “I want Tracy to evolve as a person and this was the next logical step—she’s come a long way since she was the isolated, brooding detective living alone in a small apartment,” he says. “But these have been baby steps because she is cautious. Some readers have concerns I’m ending the series. I’m not.”

In fact, Dugoni hopes that the direction he takes with Crosswhite after A STEEP PRICE will reinforce the fact that women do have children and continue to work demanding jobs well. Yes, there are practical and emotional difficulties—but it’s done all the time.

“I see Tracy’s child as another wonderful opportunity to continue to humanize a detective who is very good at what she does, without sacrificing who she is and who she wants to be,” he says.

Even if that means she is often thrust into dangerous predicaments. Though Crosswhite is the lead series protagonist, Dugoni deftly navigates her in A STEEP PRICE through two storylines, a buffet of topical and sometimes life-threatening issues, and page-turning action, keeping readers riveted until the end.

“I’m an organic writer,” he says. “I generally have a strong idea where the story is going, but I like to be surprised as well. I don’t fully understand my process, but after 17 novels, I trust it.”

Now that The Extraordinary Life of Sam Hell and A STEEP PRICE are out in the wild, Dugoni can return his attentions to copy edits for his next project, an espionage novel that his publishers feel could be a “big book” to complement an already impressive career. The Eighth Sister is based on the Seven Sisters, the buildings that Joseph Stalin had built in Russia after the Second World War.

Tracy Crosswhite fans need not fear, though. Dugoni has also begun brainstorming ideas for the seventh book in that series. While he’s keeping details mostly close to his chest at this point, he reveals that he wants to take Tracy and her family back home to Cedar Grove.

“That’s one of the beautiful things about having her grow as a person,” he says. “It’s an opportunity for Tracy to confront new and different types of obstacles that, I hope, will keep the series fresh.”