A Woman in a Town

When Amy Stuart began work on her first novel, Still Mine, she had every intention of writing a standalone thriller. After about a hundred pages, though, Stuart knew that her main character’s journey was only beginning.

In Stuart’s 2016 debut, Clare O’Dey fled her abusive husband to the insular mining town of Blackmore, where she agreed to track down a missing woman for her enigmatic employer, private investigator Malcolm Boon (incidentally, the same PI who’d been hired by Clare’s husband to find her, only to become her ally instead).

In STILL WATER, out this month from Touchstone, Malcolm sends Clare to a remote Western town called High River, where a woman and her young son have disappeared from a women’s refuge. As in Still Mine, Clare manages to insert herself in the town’s complex dramas as she tries to win the residents’ trust, but her efforts to find the missing mother and son are stymied by the town’s fierce instincts to protect its secrets. Clare, in the meantime, is still reeling from the fallout of her last case and fleeing the life that led her to it: she’s recovering from a gunshot wound, struggling with an addiction to painkillers, and constantly looking over her shoulder for any signs that her husband is on her trail.

“I realized that her arc was going to take longer than one book, because I really wanted her to evolve to a place of being better and doing better,” Stuart says. “The first book takes place over the course of seven or eight days, and that was not gonna happen in that time. I wanted the reader, at the end of the first book, to feel like Clare had begun this process of healing, but that it would take more time.”

While STILL WATER picks up just after the events of Still Mine and works best as a continuation of Clare’s journey, Stuart was careful to make sure it serves as a jumping-on point for new readers as well.

“STILL WATER is what I like to call a sequel of sorts,” Stuart says. “What I mean by ‘sequel of sorts’ is that it does pick up where Clare left off at the end of the first book—she’s still investigating missing women—but [my editor and I] were very careful in the second book to include enough backstory and details about what unfolded and what the reader learned in the first book so that if you were to pick up STILL WATER on its own, you’d be fine.”

Now that Stuart is two books into her series, she’s finding that plot bends to character and not the other way around.

“Clare has taken shape so that, to some degree, I’m limited by her, because she’s a pretty full character now,” Stuart says. “I have to just keep hoping that she’s going to continue to evolve, but now I find my biggest consideration is staying true to her. That gets a little bit harder because she’s so developed now that you can’t just add a new personality trait or habit or something, because I think readers would know her too well to buy that. But my goal really is to have the reader feel that, from the start of the first book to the end of the last one, she has evolved significantly.”

Another element that has remained consistent from the first book to the second is the role of setting as a key component of the story. Stuart’s prose is incredibly evocative; while the exact location of the town at the center of each installment is intentionally ambiguous—either book could be set just as easily in the U.S. as Stuart’s native Canada—both places comes alive on the page. On the surface, the stark contrasts between Still Mine’s cold, gray Blackmore and STILL WATER’s hot, humid High River make for different reading experiences and helped shake things up for Stuart as a writer. Ultimately, though, the changing environments serve a deeper purpose.

“I wanted something where I could evoke other aspects of setting,” Stuart explains. “But now I’m seeing the change in setting also as part of Clare’s journey. That’s something that I just realized while writing the second book—that as the setting changes, it will ultimately reflect her sort of moving away from one thing and back to something more familiar and hopeful. I think readers might assume a level of deliberation with stuff like that, but the writer can clue in quite late in the process too. You don’t necessarily have the intention behind the symbols or settings or themes, and then all of a sudden you become aware of them too. It’s funny how that can work.” 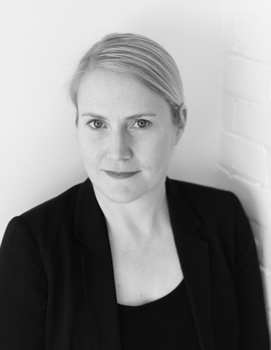 For all the fresh creative challenges of writing the second book in a series, Stuart says the biggest change involved her new role as a published author. Even before Still Mine appeared on numerous bestseller lists and earned a nomination for the Crime Writers of Canada’s coveted Arthur Ellis Best First Novel award, it secured Stuart a contract for the second book in the series.

“The biggest difference between writing the first book and the second book is that with the second book I had a contract in place,” Stuart says. “There was an editor waiting for the first draft to arrive on her desk. I’m a deadline-oriented person—you could call me a procrastinator, but I like to say ‘deadline-oriented’ because it sounds better. I do better with those outside forces in place. I like having some gentle pressure on me. I have a contract for the third book so now it’s something that I’m doing as work, and I like that.”

Stuart intends to wrap up Clare’s journey with that third installment. She has other book ideas she’d like to explore when the series is finished, but for now her creative attention is focused entirely on concluding her trilogy.

“I’m keeping the other books as distant friends that I’ll meet when I’m finished with the series,” she says. “Right now, [the third installment] is the last, but that’s like saying it’s your last kid. I’m not saying for sure—never say ‘never’—but right now I think the publisher and I agree that we’re almost there.”