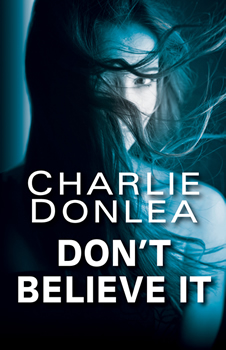 DON’T BELIEVE IT follows Sidney Ryan, a crime series TV producer who investigates the case of a young med student convicted of murdering her boyfriend while on vacation in Saint Lucia ten years earlier.

DON’T BELIEVE IT reads like a cinematic behind-the-scenes exposé of the juiciest in-depth investigation series, as Sidney rushes to stay one episode ahead of her TV show’s weekly airings, jetting from network meetings in New York, to the scene of the cold case murder on a Saint Lucian island resort, to the prison where her series’ subject awaits exoneration. But as America watches her peel away the layers of deception on prime time, a troubling picture of the truth starts to unfold. Is Sidney working to free an innocent woman wrongfully imprisoned, or is she a pawn in a sinister game?

The Big Thrill caught up to international bestselling author Charlie Donlea to gain some insight into the creation of his latest release, DON’T BELIEVE IT:

For readers who love True Crime documentaries, I hope they find that same sense of suspense, and that same did-she-or-didn’t-she intrigue that the best true crime films offer.

For readers who have never seen a True Crime documentary, I hope DON’T BELIEVE IT turns them into binge-watching junkies.

It’s structure is unique in that readers learn the details of a grisly, ten-year-old murder through chapters written as excerpts from a documentary the protagonist is creating. The readers lean the truth at the same time as the protagonist, which dials up the suspense.

When you get to the ending, you’ll likely throw the book across the room…and then race over to pick it up and rip back through the pages to see how you missed the twist. 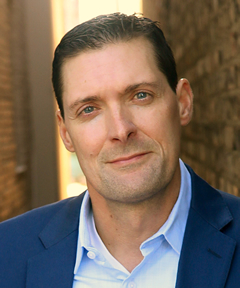 Charlie Donlea is the international bestselling author of three acclaimed thrillers. He has been praised by Publishers Weekly as a “bold new writer…on his way to becoming a major figure in the world of suspense.” He lives in Chicago with his wife and two young children and spends a part of each year fishing with his father in the far reaches of Canada, where the roads end and lakes are accessible only by floatplane. These majestic trips to “God’s Country” inspired the setting for his debut novel, Summit Lake.

To learn more about Charlie and his work, please visit his website.