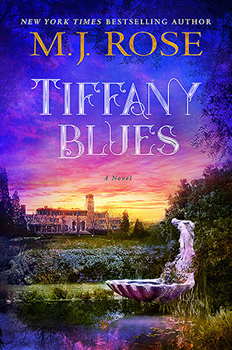 By its very nature, fiction is a means of escape, stolen moments in time that allow us to forget the day-to-day reality of a world often shaken by technology, politics, and fear. And to some extent, the further away from “today” the better.

Which may, in part, account for why over the past few months, the historical suspense genre has experienced an upswing in popularity.

“It seems to me that historical thrillers have always been popular, but maybe they’re getting more attention because readers want to escape from the modern world as much as I do,” says David Morrell, bestselling author of almost 30 novels, including the Thomas De Quincey Books of historical suspense. “That means authentic details, of course, and not just characters wearing strange clothes.”

It’s those details—along with Morrell’s desire for an escape from present-day reality—that lured him from the contemporary thriller genre where his book First Blood created a pop culture phenomenon in Rambo—to 1850s London.

“With Murder as a Fine Art, Inspector of the Dead, and Ruler of the Night, I immersed myself and discovered that 1850s London was more different, weird, and unexpected than I could ever have imagined,” he says. “How much did a prosperous woman’s clothes weigh, for example? 37 pounds, because of the weighty hoop and the many yards of ruffled fabric necessary to cover the hoop. But you won’t find that kind of detail in contemporary novelists such as Dickens, because they took it for granted. I enjoyed finding these kinds of undiscovered treasures and trying to make a reader say, ‘Gosh, I didn’t know that.'”

Details, and the possibility for escape, are also magnets for M. J. Rose, bestselling author of 10 novels of historical suspense. She says she most enjoys going to times and places she’s never been, such as in her forthcoming book, TIFFANY BLUES, a novel of ambition, betrayal, and passion set in Jazz Age New York.

“I relish doing the research and falling down rabbit holes and in the process discovering whole worlds I never knew existed,” she says. “I can disappear for days into those worlds, imagining what it would be like to have lived then.” 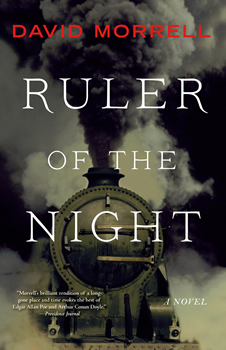 Particularly, Rose adds, if the author creates heroes and heroines that “reassure us in a time when there’s so much going on geo-politically that isn’t hopeful, and we’re confronted by so many real life anti-heroes.”

Despite this, Rose won’t go so far as to say that the genre is trending. In fact, she would argue that there appears to be more examples of books in technically “unpopular” genres breaking through, and when it boils down to it, “story” is key, no matter what’s selling.

“Sometimes I think analyzing market trends in fiction is like trying to analyze the movements in a goldfish bowl,” she says. “But I think the human urge to ask ‘what happened?’ is so universal that suspense has broad continuing appeal; therefore authors of straight historical fiction are perhaps drawn to adding elements of suspense to their historical stories in an attempt to reach a broader cross-section of readers.”

Hitting the ideal balance is complicated, though, not only because the genre itself seems to ebb and flow in popularity, but also due to the specific eras that enjoy a spike—or not—in interest. For instance, Quinn’s upcoming release, THE NIGHT SISTERS, revolves around a battle-haunted English journalist and a Russian female bomber pilot who join forces to track the Huntress, a Nazi war criminal gone to ground in America, even as a budding teenage photographer in Boston begins to suspect her demure new stepmother is hiding a very dangerous past.

A fascinating period of time, for sure, but Quinn isn’t married to it. She’s content to globetrot through time and space—much like readers, as the market would seem to suggest.

“For a while it was nothing but Tudor period; then that crashed,” she says. “Right now, 20th century war fiction is seeing a boom. Almost anything can spike interest in a new historical era, whether a suddenly-popular TV show or movie (ancient world fiction enjoyed a spike after Gladiator, the HBO series Rome, and Starz’s Spartacus) or a significant anniversary—World War I stories seeing a resurgence as we approach the 100 year anniversary of the Great War’s end later this year.” 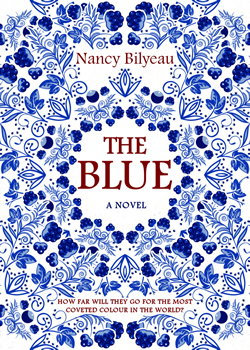 Nancy Bilyeau understands how cyclical the genre can be. An avid fan of historical fiction since childhood, her first three novels were set in the 16th century because she’s “always been a Tudor addict.” But THE BLUE, her fourth—a standalone involving a lethal spy ring of industrial espionage  in the porcelain factories of England and France—is based in reality, taking her to the middle of the 1770s.

“I had to do a lot of research to write the book because there are huge differences between the late medieval period and the Enlightenment,” she says. “How men and women earned their money, their marriages and ideas about love affairs, art and music, and most of all, crime, totally different! And I can’t say that their lifestyles are closer to our modern time either and that helped me, because they aren’t. Everything changed totally from the 18th century to the Victorian era—and then changed dramatically in the 20th century too.”

Important details, not only for the writer—but also for keen readers who often double as fact checkers, albeit in a completely voluntary role. They’re invested, and that hasn’t changed.

Any previous dip in “sales” likely isn’t related to a loss of interest, Bilyeau suggests, but rather the manner in which the books have been consumed.

“Historical fiction readers aren’t necessarily the types of readers who inhale three books a week and scour the discount emails on ebooks. They are destination readers, in my opinion,” she says. “The cover is really important and so is the atmosphere, the authentic details, the subtleties of the characters. These readers want to be transported.” 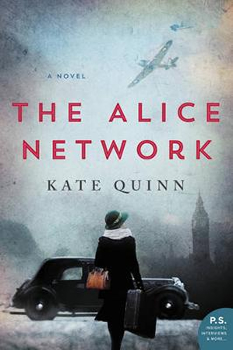 And in more recent years, publishers—and indeed the media as a whole—has created new ways for readers to achieve this time travel, which has not only “sorted” the market somewhat, but also introduced this truly expansive genre to new readers.

“There are exciting historical mysteries taking place in every era imaginable and I think it’s fun for both the reader and the writer when you can focus on the mystery and the characters and clues and not get mired in forensics and cell phones and DNA,” Bilyeau says.

“And I think the fantastic historical series on Netflix and Amazon and the streaming services and cable services are creating more interest in historical suspense, whether it’s The Alienist, Babylon Berlin, Foyle’s War, Bletchley Circle, Ripper Street-the list goes on. Even Mindhunter, set in the 1970s, could arguably be described as a historical suspense series. They did a ton of research on the costumes and the cars and the music—everything. I just get so excited when I see a murder taking place in a house from the past that a set designer has obviously worked on heart and soul. And yeah, that makes me pretty weird!”

By the very nature of writers, Bilyeau isn’t alone.

Off the Page: Jeffery Deaver