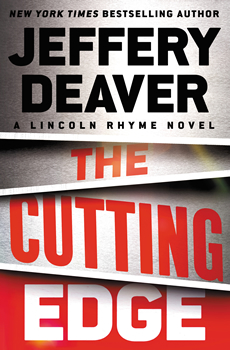 There’s an adage in Hollywood to this effect: When a producer is looking for a new property to turn into a film or TV show, he or she wants a story that’s been wildly successful in the past, yet has never been seen before.

We chortle—who doesn’t love to snicker a bit at the movie biz?—but there’s some truth to the words, and, in fact, I embrace them in my own philosophy of writing. The “successful in the past” part (I won’t go so far as to say “wildly”) is my sticking to the Deaver formula for a book, an approach my readers expect. First, I write thrillers (in the crime story world, thrillers ask the question: “What’s going to happen?” as opposed to murder mysteries, a la Agatha Christie, which ask “What happened?”) I set my books over a very short period of time, perhaps three days or so. I include what I hope readers will consider interesting facts about a specific topic, like data mining, illusion and sleight of hand, the electric grid, or—in the case of my recent The Cutting Edge—the diamond industry. I always include at least three surprise endings. 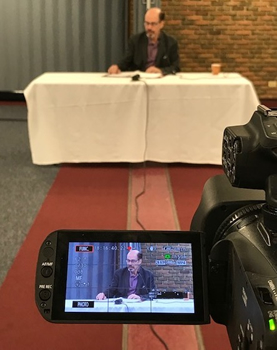 So, that’s the template for each of my novels, what’s been popular in the past. As for the “never been seen before” side, well, that takes some forethought, sweat, and agony. My character Lincoln Rhyme was born out of the process of looking for something original for my readers. When casting about for ideas for the book that became The Bone Collector, I had a thought. I’d recently seen a thriller film, one of those star-laden blockbusters, in which toward the end the hero was being beaten up by the villain. I remember thinking: Is there anyone in the audience who doesn’t know for sure that he’s going to pull out a hidden gun or—with a huge crescendo of sound track—karate kick the villain out of the helicopter or train to his ironic death? No, we all know that.

But what if the hero had no physical resources like guns, knife, fists? What if he had to outthink the bad guy, his mind being his only weapon?

I believed that would make for an emotionally engaging story. 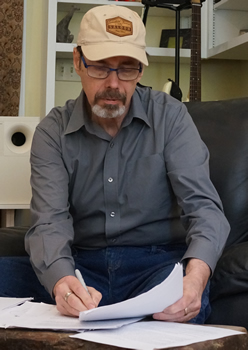 So I made Lincoln both a brilliant forensic scientist and a quadriplegic, paralyzed from the neck down. He was basically an extreme version of Sherlock Holmes or Hercule Poirot—heroes who solved crimes by mental prowess yet did engage in traditional detective field work as well. Rhyme conducts his mental chess matches against my villains exclusively from the confines of a motorized wheelchair in a gothic parlor on Central Park West in Manhattan. Of course, as any student of crime fiction knows, it’s a stretch to say that a character like Lincoln has “never been seen before”; another inspiration was Rex Stout’s wonderful armchair detective, Nero Wolfe.

Of the scores of characters I’ve created over the years, Lincoln has proved to be the most popular. I’ve sometimes wondered why. After all, he’s certainly an improbable hero; in addition to being sedentary, he’s acerbic, impatient, and a bit of a curmudgeon. But if I had to take a guess, I’d say that, curiously, readers can relate to Lincoln Rhyme. There’s an Everyperson quality to him. In the end, aren’t we all, like Lincoln, first and foremost our minds and spirits?

Between the Lines: Jenny Milchman