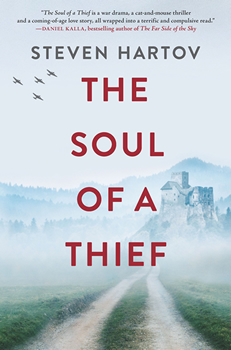 In the spring of 1944, I realized that I was not going to survive the war…

Shtefan Brandt, young adjutant to Colonel Erich Himmel of the Waffen SS, has made it through the war so far in spite of his commander’s habit of bringing his staff into combat, and a pair of secrets that are far more dangerous. Shtefan is a Mischling, one of the thousands of partial Jews who have avoided the death camps by concealing themselves in the ranks of the German Army. And he is in love with Gabrielle Belmont, the colonel’s French mistress. Either of those facts could soon mean his end, except that his master has other concerns. Colonel Himmel can see the war’s end on the horizon and knows he will not be on the winning side, so he has taken matters into his own hands, hatching a plot to escape Europe. To fund his new life, he plans to steal a fortune from the encroaching Allies. A fortune which Shtefan, in turn, plans to steal from him….

New York Times bestselling author Steven Hartov met with The Big Thrill to discuss his latest thriller, THE SOUL OF A THIEF:

I’m hoping that readers of all ages will be fully engaged with the story as well as the atmosphere of WWII, and find themselves desperately wanting to know the outcome and be thoroughly satisfied in the end.

I believe that books like THE SOUL OF A THIEF help the genre to remain broad-spectrum by keeping historical settings alive. I also think it’s a book in which characters are deeply explored, a trait which I think satisfies many of our genre readers.

I am generally a meticulous outline writer, but this book completely surprised me in that I never attempted to write an outline for it. It simply came to me without planning any of it at all. It was a very strange experience; almost like “channeling,” if one believes in such things.

This book is partially the result of a recurring and frightening dream that I had when I was a child; a dream that appears as a pivotal scene in the novel. The plot also stems partially from my family history. My great uncle Alexander, a “Mischling” himself, served in the German Luftwaffe for more than a year before being discovered and sent to a concentration camp. He survived, though he shared very little of his story.

As an early reader I was a great fan of Alistair MacLlean and Jack Higgins for their thrillers about WWII, and later of Len Deighton, Frederick Forsyth and John LeCarre for their espionage thrillers. I admired these authors for their abilities to draw deep character studies while still driving their plots forward, which have remained my personal goals as a writer. 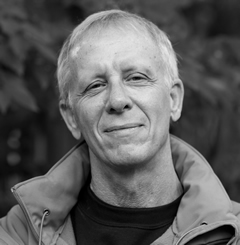 Steven Hartov is the coauthor of the New York Times bestseller In the Company of Heroes, The Night Stalkers and Afghanistan on the Bounce, and author of the espionage trilogy The Heat of Ramadan, The Nylon Hand of God, and The Devil’s Shepherd. He is the former Editor-in-Chief of Special Operations Report and has written for The Journal of International Security, Gear Magazine, Maxim and Readers Digest. A former Israel Defense Forces paratrooper and special operator, he is currently a Task Force Commander in the New York Guard. His works are recommended readings by the US Army War College.

Madam Tulip and the Bones of Chance by David Ahern