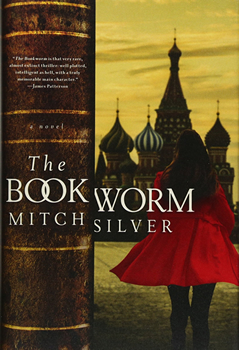 Europe, 1940: Posing as a friar, a British operative talks his way into a Belgian monastery just before Nazi art thieves plan to whisk everything of value back to Berlin. No thief, that night he adds an old leather Bible to the monastery’s library and then escapes.

London, 2017: A construction worker discovers a skeletal arm bone with a rusty handcuff attached to the wrist, all that remains of a courier who died in a V-2 rocket attack.
The woman who will put these two disparate events together—and understand the looming tragedy she must hurry to prevent—is Russian historian and former Soviet chess champion Larissa Mendelova Klimt, “Lara the Bookworm” to her friends.

Lara will learn the significance of six musty Dictaphone cylinders recorded after D-Day by Noel Coward—in real life a British agent reporting directly to Winston Churchill—and understand precisely why that leather Bible played such a pivotal role in turning Hitler’s guns to the East. And she will discover the new secret pact negotiated by the nefarious Russian president and his newly elected American counterpart—maverick and dealmaker—and the evil it portends.

Mitch Silver, author of THE BOOKWORM, spent some time with The Big Thrill discussing his latest thriller:

Mostly, I hope they’ll be entertained. I’ve always found history entertaining (the parts that aren’t excruciating) and using it as the basis, the woof of a new fabric while I warp it, is great fun. Well, it is for me, anyway.

Hmmm. That sounds pretty grandiose. Can I twist the question to make it sound more like your first question? “How does The Bookworm contribute to the reader?”
My answer is, some readers may find they’re intrigued by history and want to learn more. Which is all to the good. I adhere to the words of George Santayana, “Those who do not remember the past are condemned to repeat it.”

I started writing this book a decade ago. Even then I knew I’d have a character in it who was the “present-day” U.S. President. I tried to think of the most outlandish person to use as a model. In 2008, it was Sarah Palin. Now, I think I may have hit on someone even more outlandish. 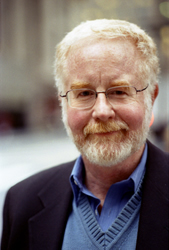 Mitch Silver was born in Brooklyn and grew up on Long Island. He attended Yale (B.A. in History) and Harvard Law School (“I lasted three days. I know the law through Wednesday, but after that…”). He was an advertising writer for several of the big New York agencies, living in Paris for a year with his wife, Ellen Highsmith Silver, while he was European Creative Director on the Colgate-Palmolive account.

A previously published novelist (In Secret Service —S&S/Touchstone), Mitch and his wife Ellen live in Greenwich, Connecticut and have two children: Sloane is a nurse at Wake Forest Medical Center and Perry is an actor and the drummer for Sky Pony, a band in New York. Mitch also won the American Song Festival Lyric Grand Prize for “Sleeping Single in a Double Bed.” His blood type is O positive.

To learn more about Mitch, please visit his website.