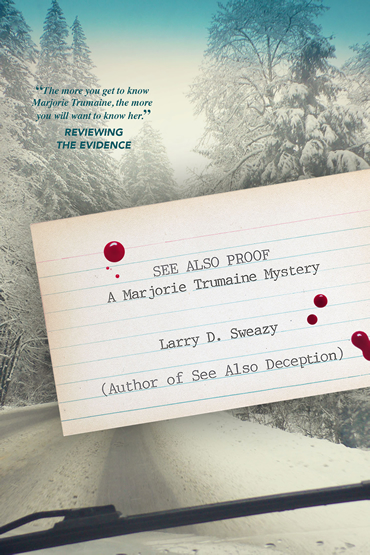 Dickinson, North Dakota, 1965. It’s a harsh winter, and freelance indexer Marjorie Trumaine struggles to complete a lengthy index while mourning the recent loss of her husband, Hank. The bleakness of the weather seems to compound her grief, and then she gets more bad news: a neighbor’s fourteen-year-old disabled daughter, Tina Rinkerman, has disappeared. Marjorie joins Sheriff Guy Reinhardt in the search for the missing girl, and their investigation quickly leads to the shocking discovery of a murdered man near the Rinkermans’ house. What had he been doing there? Who would have wanted him dead? And, above all, is his murder connected to Tina’s disappearance?

Their pursuit of answers will take Marjorie all the way to the Grafton State School, some six hours away, where Tina lived until recently. And the information she uncovers there raises still more questions. Will the murderer come after Marjorie now that she knows a long-hidden secret?

I hope readers will be transported back to a time that they think is much simpler, but it wasn’t. The mid-1960s were full of turmoil, strife, and secret-keeping that matches today’s hectic world. Technology might change at a rapid pace, but people really don’t. People have always hidden who they really are, showed the world a different face. But eventually, the truth comes out about who they are, and what they’ve done, good or bad. I love writing mysteries because they’re able to focus directly on the human condition and not look away. Good mysteries are about emotions as much as they are about the act of murder in my opinion.

Someone recently said that the violence in this book belies the coziness of it. I never set out to write a cozy mystery, and I think the Marjorie Trumaine Mysteries could be confused as such based on the main character, the setting, and the amateur sleuth situation, but they’ve never been intended to be cozies. Being a farm wife in 1965 North Dakota was a hard, dirty, job. You don’t have to look too far on a farm to see death at its most violent. In those days, killing what you ate wasn’t as outsourced as it is today. The bloody hand of a farmer was a common sight. Marjorie is a smart, resourceful woman who is forced to find her independence in a predominantly male world because of the loss of her husband. Her grief is real, and her emotions run deep. Marjorie sugarcoats nothing. And her job as a freelance indexer is as demanding as it is intriguing. I hope to contribute some insight to the world of indexing and examine the mind of an unusual sleuth in this book, and hopefully, show that mysteries can have heart even though they rely on violence.

I learned a lot while writing and researching this book. It’s always a challenge writing from a strong woman’s point of view. But it’s not a challenge I shy away from. One of the great joys for me of being a writer is the ability to visit characters who are completely different from myself. It would be boring writing about a middle-aged white male all of the time. That said, I’m hardly an expert on women, but I’ve had some very interesting conversations with women that I wouldn’t have had otherwise. I also learned more about eugenics, which is back in the news lately, and Down Syndrome. Both play a huge role in this book. The struggle that Down Syndrome children and parents go through is incredibly difficult now, and placing that struggle back in the 1960s, and examining it close up, was heartbreaking and enlightening.

I think this book really looks at a faraway place, North Dakota, in a faraway time, the 1960s, that has largely been overlooked. It shows the struggle of rural women in a changing time, and the conflicts of rituals, roles, and secrets that are exposed in the process of modernization.

Joe R. Lansdale for his ability to make me laugh, care about a character, and draw me into a story. Thomas H. Cook for his ability to plot. Stephen King because he’s Stephen King. Elmore Leonard for his lessons on dialogue and pacing. Rachel Peden (Google her) for her ability to capture farm life in the 1950s and 1960s in such a beautiful way. Wendell Berry for his poetry about the land. Joan Didion for her honesty and vulnerability… This list could go on and on, but I think you get the gist. Every book I’ve read has influenced me, and I’m grateful for all of those authors for having the courage to write and share their stories with the world. 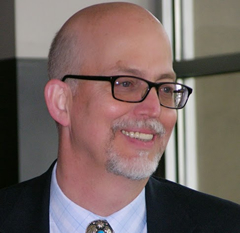 Larry D. Sweazy is the author of Where I Can See You, See Also Deception, See Also Murder, A Thousand Falling Crows, Escape from Hangtown, Vengeance at Sundown, The Gila Wars, The Coyote Tracker, The Devil’s Bones, The Cougar’s Prey, The Badger’s Revenge, The Scorpion Trail, and The Rattlesnake Season. He won the WWA Spur award for Best Short Fiction in 2005 and for Best Paperback Original in 2013, and the 2011 and 2012 Will Rogers Medallion Award for Western Fiction for the Josiah Wolfe series. He was nominated for a Derringer award in 2007, and was a finalist in the Best Books of Indiana literary competition in 2010, and won in 2011 for The Scorpion Trail. He has published over sixty nonfiction articles and short stories, which have appeared in Ellery Queen’s Mystery Magazine; The Adventure of the Missing Detective: And 25 of the Year’s Finest Crime and Mystery Stories!; Boys’ Life; Hardboiled; Amazon Shorts, and several other publications and anthologies. He is member of ITW (International Thriller Writers), WWA (Western Writers of America), and WF (Western Fictioneers).