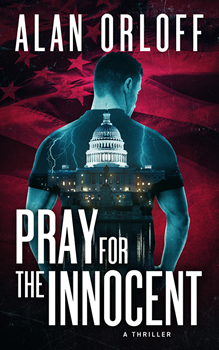 Can former best-selling novelist Mathias King—now a rumpled, grizzled English professor—save America from a terrorist of his own making?

In the shadow of the Pentagon, a secret DoD brain research experiment goes terribly wrong, and an ex-Special Ops soldier escapes, believing he is Viktor Dragunov, the Russian operative from the ’80s thriller novel, Attack on America. To capture him, the Feds turn to the person uniquely qualified to predict his next moves, the man who created the fictional character, best-selling author Mathias King.

Now a reclusive English professor, King is reluctant to get involved, having sworn off the culture of violence after a deranged fan murdered his wife. But when innocent people start dying, King is thrust back into that dark world. With help from his enthusiastic graduate assistant Emily Phan, King must outsmart his own creation—while outmaneuvering the cover-up-loving Feds—before Dragunov succeeds in his hell-bent mission.

Novelist Alan Orloff spent some time with The Big Thrill discussing his latest thriller, PRAY FOR THE INNOCENT:

I hope they’re entertained, first and foremost. It’s a look at how technology can run amok, and how the culture of violence can have repercussions. Also, would you believe, the government covers stuff up?

I think the book’s unique premise sets it apart. That, along with its sometimes cynical worldview, should make for an entertaining read.

I concocted a futuristic brain research experiment to kick off the action, but I found out it wasn’t so far-fetched!

It’s not really about the book, per se, but I woke up one night at 4 am, and the idea/premise for this book came to me, almost completely formed. I called my agent the next day and told her I was putting aside the manuscript I was working on to write this one!

Mary Higgins Clark’s Where are the Children made a lasting impression on me, specifically how she was able to ramp up and maintain the suspense throughout the entire book.

I thought John Gilstrap’s Nathan’s Run was another example of relentless suspense, with several points-of-view weaving through the narrative.

And Robert B. Parker’s Spenser series, because, well, Spenser. 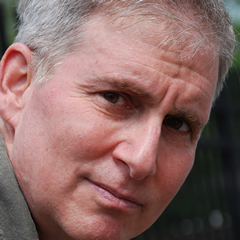 Alan Orloff’s debut mystery, Diamonds for the Dead, was an Agatha Award finalist, and his most recent novels are the thrillers Running from the Past and PRAY FOR THE INNOCENT.

Alan lives in Northern Virginia and teaches fiction-writing at The Writer’s Center (Bethesda, MD). He loves cake and arugula, but not together.