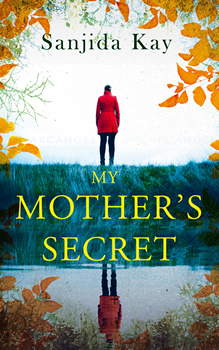 YOU CAN ONLY HIDE FOR SO LONG…

Lizzie Bradshaw. A student from the Lake District, forced to work away from home, who witnesses a terrible crime. But who will ultimately pay the price?

Emma Taylor. A mother, a wife, and a woman with a dangerous secret. Can she keep her beloved family safely together?

Stella Taylor. A disaffected teenager, determined to discover what her mother is hiding. But how far will she go to uncover the truth?

And one man, powerful, manipulative and cunning, who controls all their destinies.

MY MOTHER’S SECRET is domestic noir, and deals with the sometimes extremely large secrets we hide from those we love the best. There is a reveal halfway through the book, that I personally haven’t seen done from a female point of view before.

My protagonist, Emma Taylor, is a baker, so I had to hang out in a bakery and learn the craft. I was absolutely astonished at how much butter goes into a croissant. Seriously, THAT much!! It’s an odd juxtaposition, writing about a terrible crime and then cutting back to describing cake.

The inspiration for MY MOTHER’S SECRET came from some stories in the news that obsessed me at the time. One of them was about undercover police officers who infiltrated environmental activist groups and had families with some of the women they were investigating. Although My Mother’s Secret is not about undercover cops, it made me think about longterm lies and deception within close relationships, whether you can ever truly know those you love dearly, as well as power imbalances within marriage.

I’m a big fan of Henry James, who is a master of psychological understatement, nuance and what we think others may be thinking about what we’re thinking. He was also one of the first psychological thriller writers with Turn of the Screw. James’ The Golden Bowl runs like a leitmotif through MY MOTHER’S SECRET. When American heiress Maggie Verver is about to get married, her best friend and her fiancé, who happen to have been in a relationship with each other, buy her a wedding gift. It’s a golden bowl, but when they bring it home, they realize the bowl has a crack in it. It’s a metaphor, a symbol, and also a key that unlocks one of the novel’s revelations. 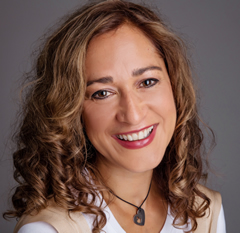 Sanjida Kay is the author of two psychological thrillers, Bone by Bone, which was long listed for the Steel Dagger Award and named as one of the best books of 2016 by the Guardian newspaper and the Sunday Express, and The Stolen Child. She was listed as an Amazon rising star. Sanjida lives in Bristol, England, with her husband and daughter.

To learn more about Sanjida and her work, please visit her website.