At a research station in Antarctica, scientists discovered a strange and ancient organism.
They thought they could study it, classify it, control it. They couldn’t.

Six months ago, a secret paramilitary team called Unit 51 was sent to the station.
They thought the creature was dead, the nightmare was over. It wasn’t.

In a Mexican temple, archeologists uncover the remains of a half-human hybrid. They believe it is related to the creature in Antarctica, a dark thing of legend that is still alive—and still evolving. They believe it needs a new host to feed, to mutate, to multiply. They’re right. And they’re next. And the human race might just be headed for extinction…

I hope when readers finish FORSAKEN, they close their eyes and ponder the mysteries awaiting us beneath vertical miles of Antarctic ice and the mysteries surrounding the disappearance of ancient cultures. Seemingly every day scientists discover something wondrous at the bottom of the world, from living organisms found nowhere else on the planet to relics that defy our conventional understanding about the origins of mankind. With any luck, this book will make the reader wonder “What if…?”

As the second book in the Unit 51 Series, FORSAKEN delves deeper into the investigation of ancient alien phenomena discovered in SUBHUMAN, sending teams of researchers from a variety of specialties all around the world to crack the clues left by vanished societies in order to save the world from its ultimate destruction.

The characters from Subhuman, the first book in the Unit 51 series, took on a life of their own. They developed relationships that surprised me and led me places I never expected to go. Suddenly, I find myself with an entire mythos to explore and all kinds of mysteries waiting to be investigated. Now I can’t wait to get to work on Pestilence, the third book in the series. 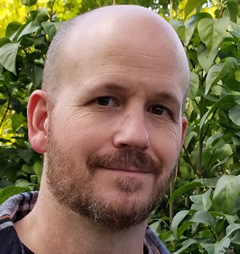 Michael McBride was born in Colorado and still resides in the shadow of the Rocky Mountains. He hates the snow, but loves the Avalanche. He works with medical radiation, yet somehow managed to produce five children, none of whom, miraculously, have tails, third eyes, or other random mutations. He writes fiction that runs the gamut from thriller (Remains) to horror to science fiction (Vector Borne, Snowblind) . . . and loves every minute of it. He is a two-time winner of the DarkFuse Readers’ Choice Award.

Madam Tulip and the Bones of Chance by David Ahern