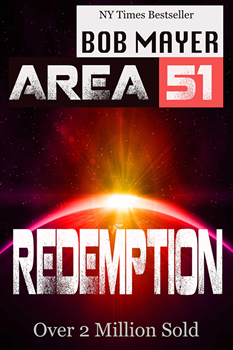 At the edge of the Solar System, beyond the Heliosphere, a massive warship comes out of Faster Than Light Transit. It is the Ancient Enemy spoken of in myths and legends.

Do we deserve a Second Chance?

Mike Turcotte, the Special Forces officer who led the fight against the Airlia, which ruled our planet from the shadows for over 10 millennia, has returned to Area 51. Earth has freed itself from the shackles of alien domination, but at high cost while winning World War III. He has learned what he believes is the truth about human origins.

A truth so devastating he insists it cannot be made public.

But the thing no one on Earth knows is that in winning the war they’ve initiated the seeds of their own doom.

Something worse than World War III.

Something worse than the Airlia.

Something that means the end of all life in the Solar System.

But there is one who might have a solution; except she’s not human.

Examining the fundamental question of whether mankind deserves a second chance.

This book takes up the bestselling series and pivots in a new, and larger direction.

It combines Special Operations experience with science fiction, mythology and history. It explores what decisions the individual soldier has to negotiate when the fate of mankind is in doubt.

I learned a lot of science about the Solar System. I also had to do extensive research into what makes humans bad or good. What traits would we look for if we could only save 5,000 people to continue the human race, given our inability to even get along on our own planet?

Also, what is the basis of the bond between dogs, descendants of wolves, and humans. It’s a unique one in our world and does it hold the key to inter species cooperation and peace? 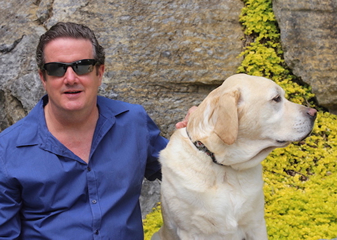 Bob Mayer is a New York Times bestselling author, graduate of West Point, former Special Operations, and the feeder of two yellow Labs, most famously Cool Gus. He’s had over seventy books published, including the #1 bestselling series Area 51, Atlantis, and the Green Berets. Born in the Bronx and having traveled the world, he now lives peacefully with his wife and his Labs.

He wrote under a number of pen names including Robert Doherty (Area 51) and Greg Donegan (Atlantis).

He has free eBooks, short stories and audiobooks on his website.