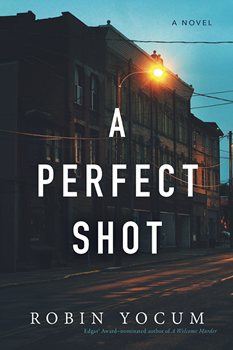 Nicholas “Duke” Ducheski is the most important man in the eastern Ohio steel town of Mingo Junction. Nearly two decades after he made the winning shot in the state championship basketball game, he remains much adored and the focal point of community pride. Hardly a day passes when someone doesn’t want to talk about “the game.” Now approaching forty, Duke no longer wants to be defined solely by something he did when he was eighteen. So he decides to parlay his local popularity into a successful restaurant–“Duke’s Place.”

But no sooner does he get his restaurant up and running than disaster strikes. One day, “Little Tony” DeMarco, his brother-in-law and a known mob enforcer, comes into the restaurant and murders Duke’s oldest friend. Now Duke faces the hardest decision of his life. DeMarco thinks he’s untouchable, but Duke discovers a way to take him down, along with his mob superiors.

To do so, however, means leaving Mingo Junction and sacrificing his treasured identity as the town legend. And if he follows through, what will remain of his life?

Robin Yocum, the critically-acclaimed author of A PERFECT SHOT, took time out of his busy schedule to discuss his latest mystery with The Big Thrill:
What do you hope readers will take away from this book?

My books are set in a specific part of the country – the Upper Ohio River Valley – at a time when the steel mills still thrived, the economy boomed, and organized crime controlled the vice along the river. Embedded into that backdrop is a story of friendship, making sacrifices, and doing what is right against great odds. I hope readers gain an appreciation for an industrial era that has disappeared from the landscape, and for the personal sacrifices made by protagonist Duke Ducheski.

Not all thrillers are whodunits. Sometimes, we know whodunit, and the story becomes a what-do-we-do-about-it. That is the case with A PERFECT SHOT. The killer reveals himself to the Duke, who feels powerless when local authorities refuse to take an interest. Thus, he takes justice into his own hands.

Here are some interesting nuggets about Mingo Junction, Ohio, where the book is set. In 1770, George Washington surveyed the Ohio River Valley and camped in what is now Mingo Junction. Legendary Ohio State football coach Woody Hayes got his first coaching job at Mingo High School. Rob Parissi, who wrote and sang “Play that Funky Music (White Boy),” and several members of his group, Wild Cherry, were from Mingo Junction. In the summer of 1977, the movie, “The Deer Hunter,” with Robert De Niro, Christopher Walken, and Meryl Streep, was filmed in Mingo Junction.

I slipped a couple of fun passages into the book.

In The Deer Hunter there is a classic bar scene where De Niro and Walken are shooting pool, drinking Rolling Rock longnecks, and singing along with the jukebox to the Frankie Valli hit, “Can’t Take My Eyes Off You.” The scene was filmed in Welch’s Bar in Mingo Junction, which no longer exists. In Chapter Three of A Perfect Shot, Duke and two buddies are drinking Rolling Rock longnecks in Welch’s. They are playing the same jukebox as in the famous movie scene.

My all-time favorite author is John Steinbeck. He was able to perfectly capture the story of the American common man with grace and humor. I’m a big fan of James Lee Burke – great storyteller, great writer. He should be required reading for anyone who wants to be a writer. For my money, Clete Purcell is one of the greatest characters in thriller-crime literature history. When I was yet unpublished, I listened to Will Patton narrate Burke’s The Tin Roof Blowdown. When I finished, I thought, “Ok, so that’s how it’s supposed to be done.” 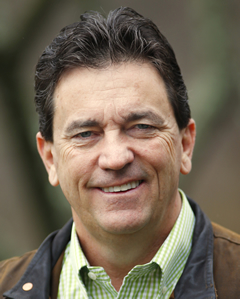 Robin Yocum is the author of the critically acclaimed novels A Welcome Murder, A Brilliant Death (a finalist for the 2017 Edgar Award), Favorite Sons, and The Essay. Favorite Sons was named the 2011 USA Book News’ Book of the Year for Mystery/Suspense. It was selected for the Choose to Read Ohio program for 2013-14 and was a featured book of the 2012 Ohioana Book Festival. Yocum is also the author of Dead Before Deadline . . . and Other Tales from the Police Beat and Insured for Murder (with Catherine Candisky). He is the president of Yocum Communications, a public relations and marketing firm in Westerville, Ohio. He is well known for his work as a crime and investigative reporter with the Columbus Dispatch from 1980-1991. He was the recipient of more than thirty local, state, and national journalism awards in categories ranging from investigative reporting to feature writing.