Digging Out the Truth
About True Crime 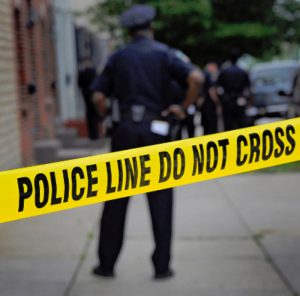 The genre dates back to Edgar Allen Poe, but social media, a growing distrust of the current state of the law, and an increased understanding of how legal proceedings work have changed the stakes for modern true crime stories. The genre is witnessing a new era of popularity, one that seems to transcend past stigmas and stereotypes.

In the early 1900s, the tabloids were filled with grisly tales of triple slayings, decapitations, and executions. And since then, true crime has asked us to consider how we, as a society, both contribute to, and learn from, the most shocking acts of our age.

Several authors have risen to the challenge. Books by Ann Rule—considered by many as the Queen of the genre—and Harold Schechter are perennial bestsellers. But despite their successes, true crime has often been dismissed as tabloid fodder. Fortunately, the genre’s long, rich history shows us there’s much more to true crime than penny dreadfuls and blood splattered paperbacks.

Sarah Weinmen’s Sept 2018 release The Real Lolita promises to shed new light on the terrifying true saga that inspired Nabakov’s masterpiece. Schecter’s latest release, Hell’s Princess, is an expose of Belle Guenness and the string of bodies buried beneath the acres of her Indiana farm. And I’ll Be Gone in the Dark by the late Michelle McNama—a gut-wrenching exploration of one woman’s obsessive search for the Golden State Killer—debuted on the New York Times bestseller list. 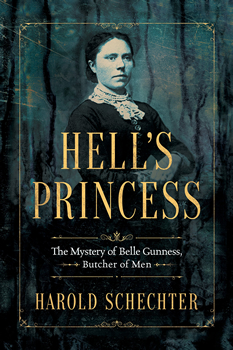 Biographies of famously twisted 20th century criminals hold special place as well, with Jeff Guin’s The Road to Jonestown: Jim Jones and Peoples Temple winning as much attention as did his earlier book on Charles Manson. Ted Bundy books come out just about every year.

The genre is so buoyant that Amazon has created several sub-categories to help organize the influx of books, with familiar titles topping the charts on each list.  Forensic psychologist Dr. Jessica Driscoll says it’s no surprise In Cold Blood by Truman Capote, and the reigning bestseller in the genre since its publication in 1974—Helter Skelter by Vincent Buliosi and Curt Gentry—along with Ann Rule’s book on Ted Bundy, remain genre staples.

“They’re some of the go-to books in the genre because they explain things in a way a lay person can understand,” she says. But that doesn’t mean there isn’t room for fresh perspectives—in fact it’s part of what’s driving the true crime trend. “We’re finding new ways to talk about the things people have been talking about all the time.”

To that end, true crime has taken on a new visibility as of late, most notably in the form of podcasts.

First came Serial, which revisited the investigation of the 1999 killing of Baltimore teen Hae Min Lee, and the conviction of her boyfriend, Adman Syed. Few could resist host Sarah Koenig’s compelling narrative, and soon, the series spawned dozens of new podcasts, each with a dedicated and ever-growing listenership.

My Favorite Murder, for instance, has amassed a loyal fan following across the globe—enough to warrant a world tour for co-hosts Karen Kilgariff and Georgia Hardstark. Millions of “Murderinos” tune into the true crime comedy podcast for their weekly dose of murder and mayhem.

Kate Cosgrove is one of them, her passion for true crime dating back to her childhood, when she was exposed to shows like Unsolved Mysteries and Hard Copy, or tabloids and news magazines.

“It’s true—it’s a crime how much I love it,” she says, pun intended. “I remember being little and reading those Reader’s Digest stories about real life dramas. It’s always been a sneaky guilty pleasure.”

But on a more serious note, Cosgrove acknowledges that her continued interest in the genre stems more from a place of anxiety, and perhaps the idea that absorbing all of the knowledge in these case files will improve her chances of surviving a zombie apocalypse—or some other global catastrophe. “I have considerable doubt in my survival skills.”

And of course, her fascination parallels the most common reason audiences devour true crime in the same way we’re often unable to look away from a car crash—we need to “see” it to understand it.

“I’m a pretty empathetic person and could never intentionally hurt someone,” she says. “I’m genuinely fascinated by how some people can.”

“People often gravitate to things they don’t fully understand, but can relate to,” she says. “We’re always looking for new ways to analyze the facts or what we think to be true.”

Certainly, the entertainment industry has capitalized on this. Netflix has been one of the biggest participants in and drivers of a true crime renaissance with shows like Making A Murderer and the Amanda Knox documentary gaining international attention—and acceptance. Suddenly, we don’t find violence or gore tasteless, because a show is well made. Or we don’t feel guilty, because the nature of the story is investigative.

Jake Brennan is certainly hoping to lean on some of the genre’s renewed interest with DISGRACELAND, a new podcast dedicated to “musicians behaving badly and getting away with murder.”

Brennan says the idea for his show came while reading a biography about the beginnings of punk rock—and just after the birth of his first child. The book talked about musicians who were acting like criminals and Brennan thought, “man, I love these guys but I wouldn’t want any of them near my kids.”

The lure of true crime proved too strong to ignore, and he decided to do some digging into the lives of some of these rockstars. What he uncovered both shocked and disturbed him.

“There is so much of this bad behavior among musicians, and we allow this as an audience,” he says, making note of the uncomfortable revelations he had about Sam Cooke, Jerry Lewis, Beck, the Rolling Stones, and dozens more.

Brennan delivers each story of “musician gone bad” in half hour segments with a dramatic narrative that sucks listeners in, and almost—if you close your eyes and just listen to his voice—put you right at the scene.

At least, that’s the goal.

“It’s like a moth to the flame,” Brennan says. “How close can you get to something so horrifying without being directly involved? There’s something compelling about being close to that kind of madness.”

It’s true that the genre has found new ways to appeal to audiences, but in some ways, not much has changed—true crime storytellers must adhere to certain conventions of the genre, such as opening the story with a crime, and knowing which facts to hold back in order to create a compelling narrative arc.

But new forces—technology, a general feeling of distrust in law enforcement, and the public’s increased familiarity with legal processes—have breathed life into the genre and shaped it into a truly modern form. For authors venturing into the true crime—or inspired by—arena, this is significant. 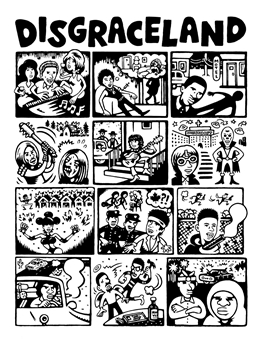 Social media has not only increased distribution of true crime stories, it has allowed audiences to fact check with alarming speed. Pointing out inaccuracies can be frustrating for storytellers, but it can also translate into greater investment in the story—and that, in turn, could lead to more of the same stories being told more frequently.

And there’s still plenty of bandwidth to share the stories we’ve never heard of before. Cosgrove points to a crime she only just learned about—a woman at the turn of the century who decapitated her stepmom and put her head on a serving plate. The crime was committed less than 20 minutes from her home town.

“How is it that we know all about Lizzie Borden, but not that?” she says.

There’s a couple of factors at play.

“It has a lot to do with how publicized the crime is,” says Dr. Driscoll, acknowledging that social media has made it easier to make public and share stories that may have been globally overlooked in the past. “The media plays a huge role.”

And, as Cosgrove suggests, more people are willing to speak up. The Times Up and #MeToo movements have given voice to previously silenced victims, shining the spotlight on high profile crimes and criminals to which we’ve often turned a blind eye.

As Cosgrove suggests, that’s both comforting—and not.

“These are stories that need to be told. Nobody wants to believe that their heroes are monsters,” she says. “But sometimes, they are.”