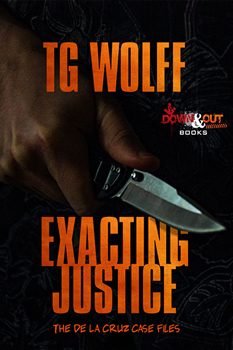 An unknown killer is waging a war on drugs. The murders are horrendous but with a silver lining—now stop signs are the only objects lingering on corners in the city’s toughest neighborhoods. Half the city calls for the police to end the killer’s reign. The other half cheers the killer on, denouncing the tactics but celebrating the progress police haven’t been able to achieve.

The gritty details of Cleveland’s drug underworld are nothing new to Homicide Detective Jesus De La Cruz. Two years earlier, Cruz worked undercover narcotics and was poised for a promotion that would have placed him in a coveted position within the drug organization. The deal went bad. Now he has a new face, a new job, and a new case.

The killer moves through the streets with impunity, identity still unknown. Demands for progress from his superiors, accumulated grief of the victims’ relatives, growing pressure from the public, and elevated stress from his family quietly pull Cruz apart. With no out, the detective moves all in, putting his own head on the line to bait a killer.

The Big Thrill caught up to author TG Wolff to discuss her soon-to-be-released thriller, EXACTING JUSTICE:

You can’t get a full story in 30 seconds or 140 characters. The truths of our society, including crime and policing, are too complex to be fully captured in such brevity. When we make snap judgments based on limited information, we see 1/100th of the truth. Real, fascinating, dynamic people are boiled down to one dimensional silhouettes that make it easy to hate, to judge. This book shows the dimension behind the faces of the police, of the criminals, of the victims. If there were only good and bad, life would be simple.

Mysteries and thrillers commonly explore modern social situations through the storytelling style. This book explores the social and economic impacts drugs have on our communities. It challenges the ideas that we treat parts of society different because of the labels they carry. This story pushes back on the instant judgments that are made when opinions are formed based on hyper-abbreviated reporting through social media by going “behind the scenes” and into characters’ lives. This book continues the tradition being socially relevant, literally important, intellectually challenging, and entertaining.

I was surprised when early readers pushed back on little things but were unbothered by the big things. For example, one person was very disturbed that the lead character, Det. Jesus De La Cruz, gave a child candy. They were adamant that an officer wouldn’t or shouldn’t do that. It was easier for the reader to accept a cop shooting someone than giving a child candy. Something in that is disturbing.

In this book, we see the killer only through diary entries. This killer is not random and his actions were not convenient to move the story of the detective along. It was challenging to create entries that gave the reader insight into the killer’s mind at each point in the story in a concise manner. Prior to writing the ending from Det. De La Cruz’s point of view, I wrote it from the killer’s. I had to know everything that was done and why. It would be both interesting and challenging to write the story in long verse from the killer’s point of view. It would be a descent into madness and then a resurrection as his efforts make a difference.

I was also influenced by Harper Lee’s To Kill A Mockingbird. The simple language was easy to digest and her characters were real, flaws and all. Atticus Finch’s manner and style are notable because he is not a Type A personality. The loud ones can be easy and fun to write. The thoughtful ones take work. 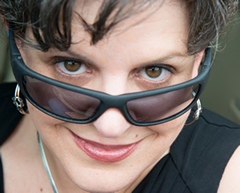 TG Wolff writes thrillers and mysteries that play within the gray area between good and bad, right and wrong. Cause and effect drive the stories, drawing from 20+ years’ experience in Civil Engineering, where “cause” is more often a symptom of a bigger, more challenging problem. Diverse characters mirror the complexities of real life and real people, balanced with a healthy dose of entertainment. TG Wolff holds a Master’s Degree in Civil Engineering and is a member of Mystery Writers of America and Sisters in Crime.