­­A Trip Inside the
Ultimate Doomsday Bunker 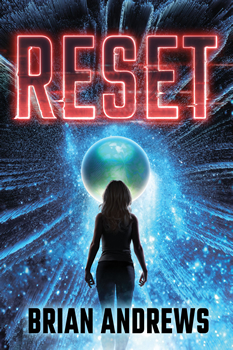 Captain Willie Barnes, United States Air Force, wakes up in an unfamiliar room. He’s woozy, missing time, and can’t move his arms. He calls for his wife, but she doesn’t answer. Then, as the brain fog clears and his wits begin to return, he realizes the walls and floor of the room are padded. His arms don’t work because he’s wearing a straitjacket. Something is wrong, terribly terribly wrong—because the last thing he remembers is standing watch in Silo #9 in Dannemora. His job in the Air Force is boring, simple, and yet one of the most dangerous on Earth. He is an MCCC—a Missile Combat Crew Commander—which means for 20 days a month he is the custodian of an ICBM topped with a nuclear warhead. Now he finds himself in Rockland State Psychiatric Hospital with no recollection of how or why he got there…

Say hello to the opening premise of RESET, a novel about what might have been, what is yet to come, and what could happen if someone decided we’d all be better off doing things differently next time around. Oh, yeah, and there’s also lots of cool stuff about DARPA, Doomsday Preppers, Mind Control Technologies, zombie ant fungus, and Atlas F Missile Silos. But, I’m getting ahead of myself—time to focus on why you’re actually reading this article, which is because you (like me) found yourself intrigued by the idea of touring an Atlas F Missile Silo.

The Atlas Missile program began in the late 1950s and was intended to be the crown jewel in the U.S. military’s strategic nuclear-deterrent strategy. Interestingly, by 1965, after hundreds of millions of dollars were spent, the technology was already obsolete and all the Atlas Missile silos were decommissioned.

The cost for a private citizen to build a bunker like an Atlas F silo (hardened and capable of withstanding a direct nuclear strike) is cost prohibitive in today’s dollars. Consequently, Atlas F silos have become hot commodities for “Doomsday Preppers” who believe that the end of the world is on the horizon. Dozens of silos have been purchased and renovated, with the LCC converted into living quarters with well water systems, electrical generators, and air handling and filtration equipment. The cost of renovating these structures starts at a half million dollars and, depending on the amount of luxury and utility added, can easily reach mid seven figures.

I tried but was not able to arrange a tour of a renovated Atlas-F bunker while researching this book. However, as a former nuclear engineer and submarine officer, I can speak with a modicum of authority and authenticity about what it’s like to live and work inside a cramped, secret facility filled with complicated machines and missiles. In a silo, you’re trapped underground, in a submarine you’re trapped underwater—both are equally chilling—the question of which is more terrifying I leave up to you to decide.

5 Man Crew in the LCC

My experience as a submariner (and watcher of both apocalypse drama and reality survival TV) helped inform my perception about the psychology of the modern Doomsday Prepper. Then, through interviews, diagrams, and photos, I was able to educate myself about what a highly motivated character could accomplish with an Atlas F silo, a stout budget, and a couple of decades’ time. The result is a badass missile silo bunker hidden in upstate New York. Silo #9 plays a pivotal role in RESET—serving double duty as the enigmatic setting for the novel’s inciting event in 1963 and then appearing again at the end of the book in the present day. 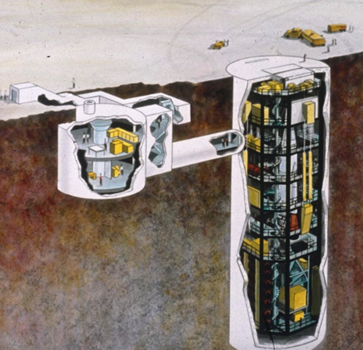 If you’re interested in learning more, stop by my website where you’ll find a collection of pictures, diagrams, and web links to more info on the Atlas F program and silo complex design. In the meantime, if you decide to channel Willie Barnes and pick up a copy of RESET, a word of warning…if you don’t live in a bunker you might want to get your tin foil hat ready, because the mind games are about to begin.

Brian Andrews is a veteran and ITW member. He co-authors the Wall Street Journal best-selling Tier One thriller series (Tier One, War Shadows, and Crusader One) with Jeffrey Wilson. You can find Brian online on his website, Twitter (@bandrewsjwilson) and Amazon.