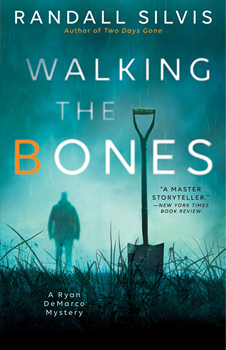 When long-buried secrets come back to the surface…

The bones of seven young girls, picked clean and carefully preserved, discovered years ago… That’s all Sergeant Ryan DeMarco knows about the unsolved crime he has unwittingly been roped into investigating during what is supposed to be a healing road trip with his new love, Jayme.

DeMarco is still reeling from the case that led to death of his best friend months ago and wants nothing more than to lay low. Unfortunately, the small southern town of Jayme’s idyllic youth is not exactly a place that lets strangers go unnoticed—especially strangers who have a history of solving violent crimes. And if there’s anything DeMarco knows, it’s that a killer always leaves clues behind, just waiting for the right person to come along and put all the pieces together…

WALKING THE BONES is a story about things buried—memories, regrets, secrets, and bodies. Acclaimed author Randall Silvis delivers another heart-stopping investigation as DeMarco finds himself once again drawn into a case that will demand more of himself than he may be willing to give.

Like all my crime novels, this one attempts to blend a compelling plot with an in-depth examination of character under pressure, and to render both through descriptive, evocative prose.

I am always surprised when one of my novels is acquired and marketed as some kind of crime novel, such as a mystery or thriller. I never think about genre when I write; I’m probably more interested in a character’s evolution than I am in the external plot, but I recognize that such a plot, and especially a criminal act, is a wonderful way to develop and illuminate character.

When I started this novel, I had no idea whether or not DeMarco’s burgeoning relationship with Jayme would survive. Using my own romantic history as a reference point, I assumed that it would not.

Hemingway for his understatement and subtext; Faulkner for his evocative, atmospheric settings; Garcia Marquez for his embodiment of the invisible world; and James Lee Burke for showing me that rich, beautiful prose can be successfully combined with a ripping good story. 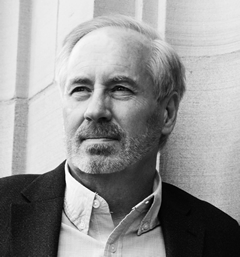 Randall Silvis is the bestselling author of Two Days Gone and fifteen other critically acclaimed books of fiction. His literary awards include the Drue Heinz Literature Prize, two literature fellowships from the National Endowment for the Arts, a Fulbright Senior Scholar Research Award, and an honorary Doctor of Letters degree for “distinguished literary achievement.”

To learn more about Randall, please visit his website.