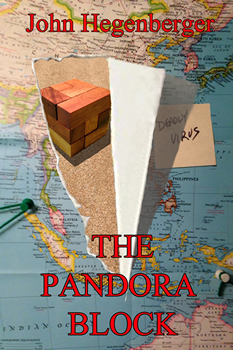 The race is on to find the cure for a bloody disease targeting women of color. But a hidden side-effect of the Black Sea Virus might kill us all. Time to call in the 21st Century Robin Hoods to locate, assemble and decode The Pandora Block.

The Pandora Block opens with the world engulfed in a deadly pandemic. Jonathan Boyd reaches out to a team of reluctant colleagues in the search for an ancient puzzle/relic that might hold the key to the cure. From Capetown to Columbia, Busan to Paris, LA to St. Croix, John Hegenberger takes readers on a globe-trotting ride that is part action/adventure, part spy thriller, and part theft caper. Meticulously researched, the book combines the best elements of Clive Cussler and Ian Fleming, with a dash of Dan Brown and Michael Crichton. A fascinating story. — Baron R. Birtcher, award-winning author of Rain Dogs and South California Purples.

A rip-snorting, high-tech roller coaster ride with characters who have their own personal problems and little time to save the world.

It continues the tradition of Clive Cussler action adventures, but combines it with a Simon Templar band of thieves whose past catches up with them and whose future is uncertain.

The most surprising aspect of the book for me was discovering that elements and events of today like SpaceX and the Zika virus can be pushed just a teeny bit to become massively important to the plot and the world at large.

THE PANDORA BLOCK could have been four separate novels. One taking place in Korea, another in South Africa, another in Columbia, and another in Paris. Each of these stories weave together to make an intriguing tapestry of mystery and adventure. 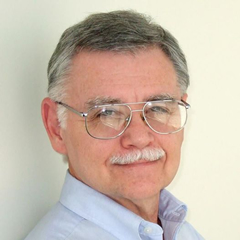