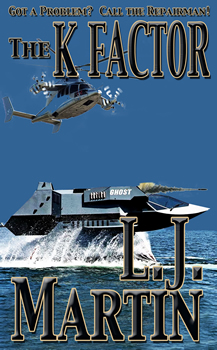 When Mike Reardon, known as the repairman for taking jobs outside the law, is invited to a meeting with the CIA, NSA, and DOD, he knows he’s about to be downrange of ka ka hitting the fan.

All they want is for him to go into North Korea and extract three women; a daughter and granddaughters of NK’s ambassador to China, who wants to defect. Since he’s the former head of NK’s nuclear program, the U.S. is more than merely interested in him.

The Big Thrill caught up to prolific author L. J. Martin to discuss his latest novel, THE K FACTOR:

Entertainment, thrills, and some education.

As always, an education, this time North Korea.

Lots of exciting new toys from our defense industry and Europe’s. 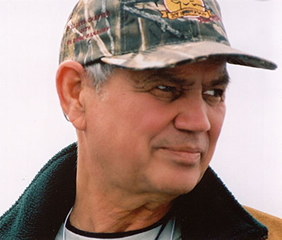 L. J. Martin is the author of over 45 book-length works (westerns, historicals, mysteries, thrillers, and non-ficiton), and has written a number of screenplays, one of which optioned by a major NBC approved producer, one of which is currently under option to an Independent. L. J. has a number of series, both western and crime. THE REPAIRMAN series is now 9 novels deep.

To learn more about L. J., please visit his website.