Hundreds of white-hot meteor fragments plunge toward Earth near Monterey Bay, California. Huge fires ignite the tinder-dry landscape and, as the sun sets, the power grid collapses and the fires grow, illuminating a nightmare created in hell itself. Donovan Nash realizes he is trapped.

Injured and growing desperate, his options dwindling, Donovan fights to keep himself and a small band of survivors alive until dawn, when they can make one last attempt to escape the inferno.

Meanwhile, Donovan’s wife, Dr. Lauren McKenna, working with the Pentagon as well as the Forest Service, envisions a bold approach to stop the fire from spreading all the way to the Bay Area and the seven million residents living there. She’s terrified that, if not executed perfectly, her plan could cause the death of thousands of people–including Donovan.

Bestselling author Philip Donlay discussed his latest thriller, SPEED THE DAWN, with The Big Thrill and this is what he had to say:

I hope they are thoroughly entertained, and that the have a new respect and admiration for the possibilities that the book outlines–and the people who will have to save us all.

I got to make a fire tornado in a lab.

I was also pleasantly surprised when I concocted a subplot that instantly had powerful and lasting repercussions for the entire series. Surprises abound in this book.

Though the story only covers less than a day, there’s a deeper and more personal arc for most of the main characters.

I have a section on my website about this exact question:

Hardy Boys, Franklin W. Dixon. (Dixon is not a real person, initial series of books were written by several authors.) These were probably some of the first books I read as a boy. I truly loved the formula. Frank, Joe, their father, their best friend Chet and the smallest thread the boys would pull until an entire mystery unraveled and the criminals were exposed. Each new book was like settling down with old friends. I read them over and over. I feel like there’s a little Frank and Joe in almost every mystery/thriller written.

When the Lion Feeds, Wilbur Smith. I can still remember reading this book as a teenager. The riveting opening scene set up decades of conflict between the main characters. Smith took me on a journey through Africa that was filled with wonder, tragedy, adversity and triumph. I think what I took away from Smith, and his flawed but compelling characters, the Courtney family, is that despite great adversity, hope never dies.

Illusions, Richard Bach. A small book filled with expansive thinking. The messiah quit his day job and was barnstorming his way across rural America. It’s a hell of a hook, and Bach delivered. I read this book every now and then and some of the passages still resonate today.

Raise the Titanic, Clive Cussler. If Cussler taught me anything as a writer, it’s to either go big or go home. Cussler pulled me into his story and kept me entranced well into the night. I followed Dirk Pitt and his entourage, and together we raised the Titanic. (At the time this book was written, the location of the Titanic was still a mystery.) Cussler showed me that if you know your stuff, and write in a way that is educational, yet make the technology part of the suspense, a writer can make anything believable. He was right.

Hostage to Fortune, Ernest K Gann. This book changed my life. I was already a licensed pilot, and my first magazine article had been published. I was still a young man, a rookie in every sense of the word, and Ernest K Gann was the master. Hostage to Fortune was his autobiography. It was his story of being a professional pilot and writing fiction about those heady days of flying when modern commercial aviation was new. He took me inside his life, and showed me a world I knew very little about. Yet from those pages, I took away the rough blueprint for my life. Fly, then write, repeat as necessary. Thanks, Ernie. 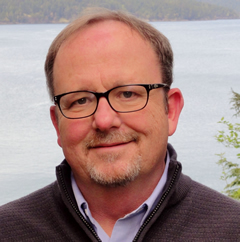 As a young man, Philip Donlay’s life was shaped by two distinct events. At the age of seventeen, he earned his pilot’s license, and at eighteen was published in a national aviation magazine. The combination of these two passions, flying and writing, has led to successful careers as both a professional pilot and best-selling novelist.

Donlay has been a flight instructor, flown a private jet for a Saudi prince, and for twenty-eight years flew a corporate jet for a Fortune 500 company. His travels have taken him to over forty countries on five continents. He divides his time between Montana and the Pacific Northwest. SPEED THE DAWN is his eighth thriller in the best-selling Donovan Nash series.