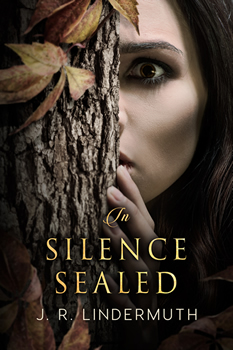 Lydia, daughter of Swatara Creek Police Chief Aaron Brubaker, is accused of murdering her boyfriend, Jason Russell, handsome but feckless stepson of Clay Stoneroad, a famous writer who recently moved to a farm outside town.

Daniel ‘Sticks’ Hetrick, now a county detective, is determined to prove Lydia’s innocence. His job is made more difficult when the weapon her father insisted she carry is found missing.

Mysteries surround the Stoneroad family. Vickie Walker, a strange young woman also recently arrived in town, insists Nan Calder, the writer’s secretary, is her sister, a claim Calder denies. Then Diana Wozniak, reporter for a sleazy tabloid, is the victim of a hit-and-run accident and police learn she attempted to blackmail the writer.

The sudden disappearance of Lydia and Vickie puts Hetrick and his friends in a desperate race against time to find them, unravel secrets and apprehend the real killer.

The Big Thrill caught up to author J. R. Lindermuth to discuss his latest novel, IN SILENCE SEALED:

I hope they’ll find it entertaining and encourage them to read others in the series.

The plight of Chief Brubaker and his family illustrates that law enforcement personnel are as vulnerable to crime as the rest of society.

My characters teach me something new about people with each book.

The blurb doesn’t mention it, but the love life of the characters is an element of the story in each book of the series.

I believe we’re influenced by every book we read to some degree. Some crime writers I especially admire are James Lee Burke, Charles Willeford, Ruth Rendell and Elmore Leonard. 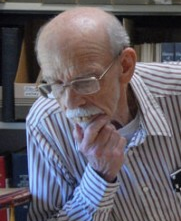 A retired newspaper editor, J. R. Lindermuth is the author of 16 novels, including eight in his Sticks Hetrick crime series. His articles and short stories have been published in a variety of magazines. He resides in central Pennsylvania where the Hetrick series is set.

To learn more about J. R., please visit his website.