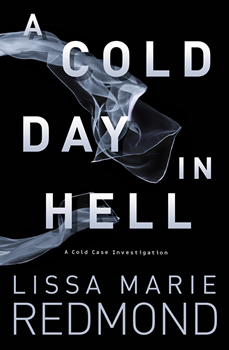 Lauren’s job as a cold case homicide detective is her life. And life just got complicated.

Lauren Riley is an accomplished detective who has always been on the opposite side of the courtroom from slick defense attorney Frank Violanti. But now he’s begging to hire her as a private investigator to help clear his client of murder. At first Lauren refuses, wanting nothing to do with the media circus surrounding the case—until she meets the eighteen-year-old suspect.

To keep an innocent teen from life in prison, Lauren must unravel the conflicting evidence and changing stories to get at the buried facts. But the more she digs, the more she discovers that nothing is what it first appears to be. As Lauren puts her career and life in danger, doubt lurks on every corner . . . and so does her stalker.

Join The Big Thrill and author Lissa Marie Redmond as she discusses her thriller, A COLD DAY IN HELL:

I hope to shine a light on how the system works, regardless of the motives or intentions of the people involved. And sometimes the “good guys” get it wrong.

I wanted to draw from my own experiences as a cold case homicide detective to create a realistic crime thriller. Cops never know what a jury is going to do once they start their deliberations. I wanted to bring that intense uncertainty to the reader.

I was surprised, when I stepped back and looked at it from the outside, at what an amazing system of criminal justice we have. I never stopped, when I was on the job, to consider all the cases being tried and dealt with all day, every day. It really is mind boggling.

My story takes place during an unprecedented summer heat wave in the city of Buffalo. Most people associate Buffalo with snow, I tried to throw a twist into the mix with soaring temperatures and tempers.

The author I have read steadily since I was a teenager is Stephen King. He is a superb storyteller in every way. Agatha Christie’s traditional mysteries are still wonderful but my biggest influence has to be Ed McBain and his 87th Precinct series. He is the master of the police procedural. 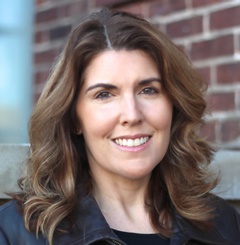 Lissa Marie Redmond is a retired cold case homicide detective turned crime fiction writer. She has appeared on numerous television programs including Dateline, America’s Most Wanted, The Nightmare Next Door, Murder by Numbers and others. She lives and writes in Buffalo, New York with her family.

To learn more about Lissa, please visit her website.