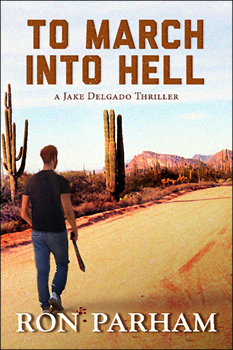 Hard-bitten, hard-drinking private investigator Jake Delgado is finally getting his life in order with his new partner, Amos Stillwater. He cuts down his drinking, contributes to the PI firm, and even falls for a local bartender in a sports bar in the Gas Lamp district of San Diego. But his comfortable life is about to be turned upside down when he receives news that his older brother, Freddie, has been found living in Tijuana and is in trouble. Jake is lured down to Tijuana to find his brother, not knowing that a hitman for the Tijuana drug cartel is waiting for him to avenge the death of his brother, whom Jake killed two years earlier. Jake is drawn into the underbelly of Tijuana and, along with his partner and a few friends, fights for his life against the cartel’s main hitman, Raza, who is known as El Matador (the killer). It takes every last ounce of Jake’s strength and courage to march into the hell of Baja California, knowing that he may never walk back out alive.

The Big Thrill caught up to author Ron Parham to discuss his latest thriller, TO MARCH INTO HELL:

The readers of my first three thrillers will be reintroduced to Jake Delgado, the hard-living private investigator that helped save the Paxton Brothers and their family. He has now settled down to a comfortable life as a PI in the Gas Lamp district of San Diego, but gets lured into a life and death battle with a hitman for the Tijuana cartel. This is the first Jake Delgado Thriller and I am hoping that the readers will relate to Jake and want to read future thrillers about him.

It is a sequel to the author’s first thriller, Molly’s Moon, and reintroduces several major characters from that novel. It follows the life of the maverick PI, Jake Delgado, as he works in the Gas Lamp district of San Diego. It has terrific, believable characters throughout, multiple twists and turns that will keep the readers turning the pages, and life and death struggles that will enthrall the reader. It is the first of a series called The Jake Delgado Thrillers – the first of many.

In my research I discovered many facts about the Mexico drug cartels, especially the ones along the California border. They have a vast web of tunnels that have been built to move their drugs into the U.S., and this plays a significant role in TO MARCH INTO HELL. Also, the methods they use to kill and intimidate people is mind-boggling.

Jake Delgado has to make a decision between his long-lost older brother, who is living in Tijuana and needs his help, and his new-found love, a gorgeous bartender in a sports bar in the Gas Lamp district of San Diego. He must choose between marching into hell to save his brother or leaving him to fend for himself while Jake lives the comfortable life he has found with the bartender. This is a conflict of emotions that Jake battles throughout the novel.

Nelson DeMille because of the humor he uses in his thrillers and the great characterizations he creates.

David Baldacci because of his varied protagonists, his man against the world writing, and his amazing productivity in putting out so many thrillers every year.

John Grisham for his storytelling and the way he builds a character and his life in each of his novels. 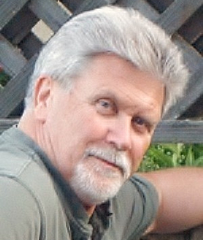 Ron Parham has written three thrillers about ordinary people caught up in extraordinary circumstances. His fourth thriller, entitled TO MARCH INTO HELL, is the first one that features Jake Delgado, the private investigator from the previous three novels, and is scheduled for a January 2018 release. The first three thrillers are part of The Paxton Brothers Saga, about three brothers over a span of thirty years. The Jake Delgado Thrillers are all about Jake and his hard-bitten, hard-drinking maverick life in San Diego as a private investigator. Ron is busy writing the next Jake Delgado Thriller, which should be out in the summer of 2018.