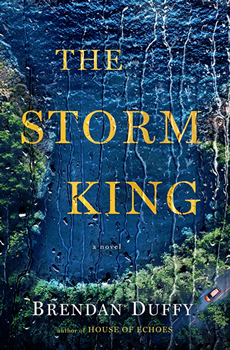 The discovery of a body near his hometown of Greystone Lake draws Nate McHale home after a fourteen-year absence.

While navigating a tense landscape of secrets and suspicion, resentments and guilt, Nate reconnects with estranged friends and old enemies, and encounters strangers who seem to know impossible things about him. Haunting every moment is the Lake’s sinister history and the memory of wild, beautiful Lucy Bennett, with whom Nate is forever linked by shattering loss and youthful passion.

As a massive hurricane bears down on the Northeast, the air becomes electric, the clouds grow dark, and escalating acts of violence echo events from Nate’s own past. Without a doubt, a reckoning is coming—one that will lay bare the lies that lifelong friends have told themselves and unleash a vengeance that may consume them all.

THE STORM KING presented a lot of juicy challenges to me, but the toughest nut to crack was its structure. Striking the right balance between the backstories and the frontstory was critical and required many (many, MANY) drafts to get right. While I worked on this, I tried not to confine myself to a preconceived structure and allow myself the flexibility to tell the story in a way that was both efficient and authentic. Easier said then done, but I think it resulted in a deep and unusual book.

THE STORM KING revolves very much around its main character, Nate McHale, and it took several drafts for me to get fully inside this guy’s head. He’s an unreliable narrator, who exists in myriad shades of gray. Terrible things have happened to him, and he has done terrible things in return. This novel has some very bleak moments. BUT! Despite everything, Nate still has hope–so much hope! By the end of the book, we were both surprised by just how much.

Substantial chunks of the novel take place in Nate’s high school years. And while there are elements to his experience I wouldn’t wish on any readers, I think they’ll connect with him over the common ground of those delicate years. There are a lot of other universal themes in THE STORM KING, as well: the novel is about tragedy and survival and friendship and loss and love. It’s about the stories we tell to each other and the lies we tell to ourselves. 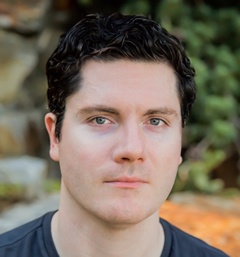 Brendan Duffy is an editor and the author of THE STORM KING and HOUSE OF ECHOES. In 2015, he was featured in Refinery29’s “21 New Authors You Need to Know.” He lives in New York, where he is at work on his next novel.