Finding Fantasy in the Everyday 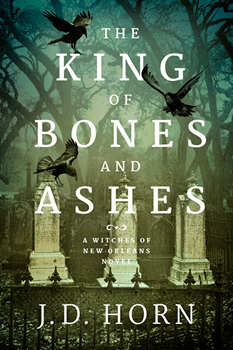 In J.D. Horn’s newest novel, THE KING OF BONES AND ASHES, magic is seeping from the world and witches are losing their power. That is, except for Alice Marin, a young witch whose magic seems to be stronger than ever. Alice’s family committed her to a secret asylum for emotionally-disturbed witches, and, recently freed, Alice returns to New Orleans to find her family in turmoil. While other witches joust for power in magic’s waning days, Alice is determined to unearth the truth behind a series of witch disappearances.

Booklist said of THE KING OF BONES AND ASHES, “Palpable descriptions of magic both enchant and disturb…Horn expertly weaves disparate story lines into a breathless, enthralling ending.” Indeed, the book is a beguiling foray into the supernatural, but with realistic undertones—what Horn calls near-reality fantasy. “As works like The Martian and Nexus represent near-future science fiction,” Horn says, “THE KING OF BONES AND ASHES offers ‘near-reality’ fantasy that doesn’t shy away from current social and political issues, addressing them both through metaphor and directly.”

Horn’s fantasy is grounded in the everyday. According to Horn, “Real-world social, political, and economic factors aren’t glossed over, but instead act as the underpinning of the story’s setting, theme, and even mood.” Despite the rich, other-worldly elements, Horn’s setting will feel familiar to most readers, a place they can envision themselves hanging out, going to a gym or café or office without ever noticing the darkness that lurks beneath the surface. There are no vampire mafias or shapeshifter gang rumbles making the six o’clock news in his novels. And while Horn enjoys books with vampire mafias and shapeshifter gangs, that’s not what he writes. “My books tend to be quieter, more psychological thriller than action thriller. I like keeping the occult hidden.” 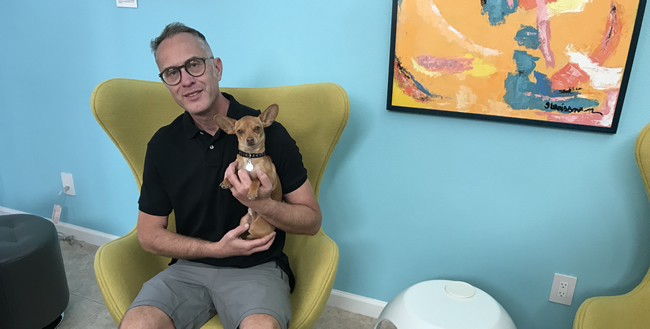 Part of the wide appeal of Horn’s novels is his attention to setting, so well-drawn that setting becomes a central character. Although Horn has lived in a number of locales, including California, Oregon, France, and Japan, he’s originally from Tennessee and it’s his roots in the American Southeast that most shape and inform his writing. “My wanderlust has affected my fiction,” Horn says, “but in an inverse way to what you might expect. My fiction tends to focus heavily on the Southeast, the region where I was raised. Rather than seeing the characteristics of the places I’ve lived and visited since creep into my writing, my travels have given me the emotional distance I needed to process my experiences of growing up in the rural South, to some degree to romanticize them, and to take inspiration from them. If anything, one of my writing goals is to move my regional focus away from the Southeast, and see, no pun intended, where that shift might take my fiction.”

Weaving real-life locales into supernatural fiction takes imagination and research. Horn studies the history, geography, and geology of a locale when writing his novels. He believes local news and folklore—especially ghost stories—reveal a lot about a region’s character. “I start with the stories the locals tell about themselves and their home. I work with the setting as I would any other character, letting its intrinsic characteristics shape the narrative. Sometimes serendipity intervenes.” For New Orleans, Horn incorporated an unintended consequence of the Old River Control Structure that prevents the Mississippi from shifting course. Horn says he used the consequence as a metaphor for the cause of magic’s demise. But sometimes the physical elements of a locale also come into play. Horn explains, “The layout of the original city provides—somewhat à la Dan Brown—a major plot point.”

Horn’s interest in crime fiction has been long-lived. In fact, Horn says he’s an overnight success who was decades in the making. “I won’t lie. My lifelong dream has always been to drive around in a van with my dog solving mysteries. That might seem like a flippant response, but I assure you there is far more truth to it than any grown adult should ever admit.” And his interest in supernatural fiction? “As a small boy my imagination was captured by television programs like Dark Shadows—through my writing, I’ve had the pleasure of becoming acquainted with the lovely and gracious Kathryn Leigh Scott—and The Night Stalker…. By the time I hit adolescence, I’d graduated to the books of Stephen King, Peter Straub, Ira Levin, John Saul—on whom I still have a desperate crush (but that’s a separate matter)—V.C. Andrews, and Michael McDowell.”

“I have an idea for a new, non-paranormal mystery series, another idea for a pair of full-on horror novels (standalone, though featuring the same central character), and yet another idea for a play/musical. I’m also toying with the thought of going back to school to pursue an MFA. So, in short, I really don’t know what comes next. I have made a commitment to myself to find a stretch goal, and to say yes to whatever the universe puts in front of me next.”

Whatever comes next is sure to be compelling. Horn has a gift for weaving the supernatural with Southern Gothic horror overtones and real-life drama, but it’s his characters who draw readers in. THE KING OF BONES AND ASHES is at its heart a complex family saga, and Alice and the other central characters are fascinating. The back cover copy provides only a taste of the magic. As for what Horn can tell us about THE KING OF BONES AND ASHES that’s not on the back cover? “I do believe I’ve introduced the first socialist exotic dancer witch into fantasy. And you’re going to love her.”

J. D. Horn was raised in rural Tennessee, and has since carried a bit of its red clay in him while traveling the world, from Hollywood, to Paris, to Tokyo. He studied comparative literature as an undergrad, focusing on French and Russian. He also holds an MBA in international business and worked as a financial analyst before becoming a novelist. He has race bibs from two full marathons and about thirty half marathons. Though knocked out by an injury, he’s working on making a comeback.

J. D.’s books have now been translated into Russian, Romanian, Polish, German, Spanish, Italian, and French, with a Turkish version of The Line in the works. J.D. is a long-time animal rights advocate, animal lover, and non-proselytizing vegetarian. He, his spouse, Rich, and their rescue Chihuahua, Kirby Seamus, split their time between Central Oregon, San Francisco, and Palm Springs.