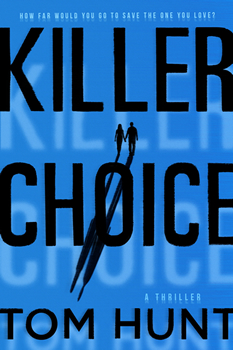 The shadow of Hitchcock looms large in KILLER CHOICE, the debut novel from Tom Hunt. The fast-paced domestic thriller centers on Gary and Beth Foster, a happily married couple whose lives are upended when Beth—pregnant with their first child—is diagnosed with inoperable brain cancer. A sliver of hope comes in the form of an expensive treatment abroad and a stranger who offers to cover the cost, but there’s one small catch: in order to collect the cash and save Beth’s life, Gary must commit a cold-blooded murder.

On the eve of KILLER CHOICE’s release, Hunt sat down with The Big Thrill to talk about the thorny path he laid out for his protagonist, and his own journey from unpublished novelist to debut author.

KILLER CHOICE is the fourth novel I’ve written but the first one that I found a publisher for. It took a ton of rejection and dead ends to get to this point. I’ve learned a lot and improved as a writer with each book.

Do you plan the plot out in detail before you write or just “grow it as it goes”?

I’m a bit of a hybrid writer. Before starting, I’ll come up with a plot synopsis so I have some idea of where the story is heading and who the characters will be, but the book usually takes on a life of its own as I write. I never follow the synopsis to a T.

The cover of KILLER CHOICE is compelling. The man and woman are holding hands—relationship, love, trust—but their long shadows cast a scary feeling. Did you have cover input, and does the cover suit your story?

The cover’s perfect! We tried out a few different options before deciding on this one. I love the image you mentioned, as well as the cover’s ominous blue background. I think it looks really sharp.

You say on your website that your goal for the book is strictly to entertain, but the tagline “How far would you go to save the one you love?” really hints at a huge moral question for all of us. How does the book challenge the reader and lead to human and culture questions beyond entertainment?

I’ve always liked books that make readers ask themselves, “What would I do in that situation?” Having a family member or loved one in danger is a pretty universal fear that most people have, so I think it’s easy for readers to relate and sympathize with a character facing a situation like that.

But as you mention, I primarily just want readers to be entertained by the book.

You also mention that you love fast-paced books. Can you give other writers any advice on keeping the story moving?

2) Constantly raise the stakes for your protagonist. Just as he solves one problem, give him an even worse obstacle or dilemma to overcome.

3) Condense, condense, and condense some more. Read through the book a few times specifically looking for places you can shorten up a part or combine a couple chapters into one.

For all writers, life makes demands on time, energy, and focus. How do you balance writing with those other demands? How long did it take you to write the book and how did you manage your time?

It took me about a year to writer KILLER CHOICE. As far as time management tips, I think it’s important to look at writing as an active art, not a passive one. Sitting around and waiting to get inspired or taking a day or two off because you’re “suffering from writer’s block” can start to cripple you before long. Every writer I know has good days and bad days. Get as much done as you can on the good days and buckle down and work on the bad days—that’s the key.

Lastly, what are you working on now?

I’m working on another thriller, coming from Penguin in January 2019. I’ll be announcing plot details soon. It’s not a sequel to KILLER CHOICE, but it is another fast-paced domestic thriller. 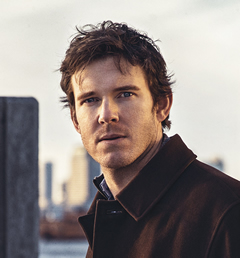 Tom Hunt is an award-winning advertising copywriter. He has worked for some of the nation’s largest and best-known agencies, including J. Walter Thompson and Saatchi & Saatchi. KILLER CHOICE was his first novel.