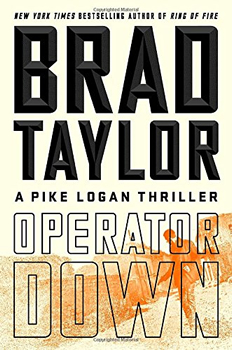 In Brad Taylor’s new book, OPERATOR DOWN, the action opens with the fan favorites of the series: Shoshana and Aaron. When Aaron disappears without a trace while tailing an asset, there is no one but Shoshana to help. Meanwhile, Pike and his team are following an American arms dealer in Tel Aviv who may be attempting to sell sensitive nuclear weapons components to the highest bidder. When the Taskforce breaks up an attempt to kill Shoshana, they stumble into more than they expected—a conspiracy to topple a democratic African country.

It’s a change in methodology for Taylor, as this time he started with a blank page. “I have gone from furiously typing two books a year to having some time to actually ponder, and I used it. I had three goals: One, make it personal with some world-ending terrorist attack.  Two, bring back Aaron and Shoshana (just because I love them), and three, set the story somewhere I hadn’t before.”

The research took him to Israel, inside the fabled Diamond Exchange in Tel Aviv, as well as requiring more research in order to deeply understand its diamond trade. Usually—and this book is most likely no different—only about 10 percent of the author’s research makes it to the finished product in the form of sentences. However, the reader can definitely tell the extent of the research in the details that bleed through the work. “The most interesting thing I learned was how few companies run the entire diamond industry; everything is held in one or two hands,” Taylor says.

Keeping track of technology is a job in and of itself.  The spy versus spy world is one tit-for-tat after another. As soon as the bad guy learns a way to leverage technology for evil ends, we figure out a way to exploit that same technology to defeat him. And it’s no longer a game of state systems, like in the old James Bond movies with “Q,” but instead is dictated by the open market. In the case of OPERATOR DOWN, the author had some fun with it, including the DJI Mavic Pro UAV. 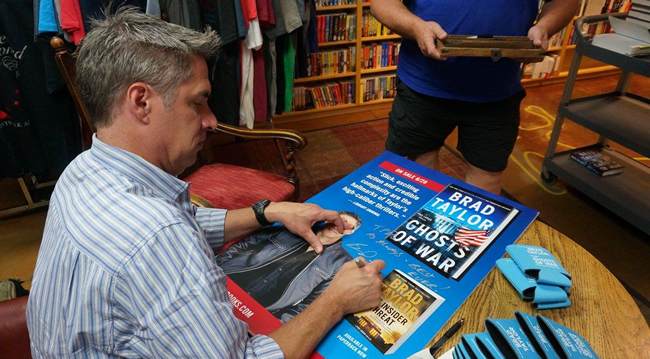 “I was on a security contract and a guy I was working with had one with him,” he says. “During our off time, he was showing me the incredible advances in commercial drone technology. Once again, most of that never made it to the book, but what those little things can do is incredible. Obstacle avoidance, facial recognition, follow you on an electronic tether, you name it, and it’s there.”

The African country mentioned in the initial description is none other than Lesotho, which became the heart of the entire plot, and much more than just a part of the story. The decision to use the diamond trade in Israel led the author to the plethora of diamond mines in Africa. That´s when the idea of the coup began to form, and his wanting to stay out of Sierra Leone and other such locations. “I then found the unique land of Lesotho,” says the author. “A country completely surrounded by South Africa, producer of some of the largest gem quality diamonds on earth, and—while relatively stable—also had a history of coups.”

Aaron and Shoshana had a rough start, originally planned for death in Days of Rage, but the author gave them a reprieve because, in his own words, “By the time I was done, I simply liked them too much.” Now a sort of symbiotic relationship between Pike/Jennifer and Aaron/Shoshana has developed, but it all grew out of the writing, because it wasn’t planned.

Probably the hardest thing to do is to keep characters fresh in an ongoing series. This of course encompasses everyone in the Pike Logan universe, not just Pike himself. All of the characters have to grow from story to story while maintaining a core that readers have come to expect. 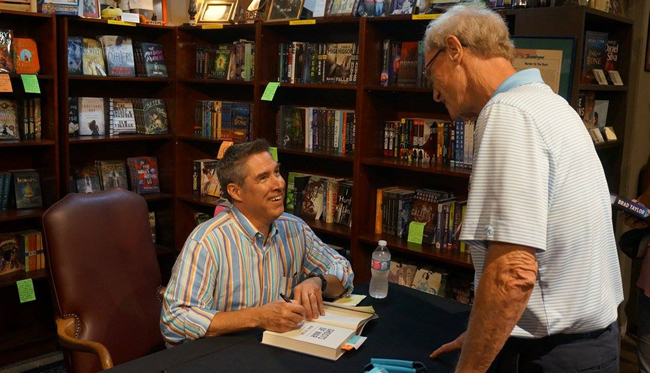 “All I do is try to mirror real life,” explains Taylor. “Everyone grows, no matter what their job is, and I just try to capture that with my characters.  I don’t go out of my way to pinpoint how I’ll do it, I just let the story do it on its own, much like real life does for everyone else.”

Avid fans of the author would notice a break in the pattern. Before OPERATOR DOWN, all Brad Taylor novels’ titles had three words, while the eBook short stories were all two words. After an exhaustive search for a three-word title that could sum up the plot best, he settled for this one as it captured its essence. “My wife is convinced I’ve jinxed everything now,” says Taylor. “I just hope the reader enjoys the story.  If I’ve done that, I’ve succeeded.”

BRAD TAYLOR is the author of the New York Times bestselling Pike Logan series. He served for more than 20 years in the U.S. Army, including eight years in 1st Special Forces Operational Detachment–Delta, commonly known as Delta Force. He retired as a Special Forces lieutenant colonel and now lives in Charleston, South Carolina.