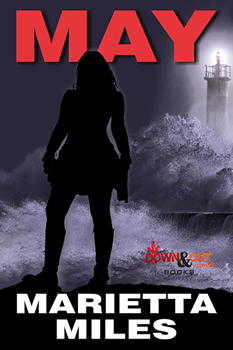 May, lonely drifter and small-time weed dealer, has spent years running from her ugly past. As a damaging nor’easter takes aim at her sleepy island home of Folly, however, she rushes to shore up, settle in and keep safe. Though most of the islanders have evacuated, May is not entirely alone. Spoiled city kid Curtis, fleeing his own dark secrets, along with naïve local boy Tommy, are also stuck on the island, both boys tweaking, both desperate but only one grows vile and violent. To save the boy and to save herself, May must learn to be bad.

The Big Thrill spent some time with MAY author, Marietta Miles, to discuss her latest novel:

I hope they like her as much as I do. Even with her faults, they like her and understand why she makes dangerous and stupid choices. They see in her what she could be, not all the things that have been done to her or the mistakes she’s made. Readers will want more for her but also understand, sometimes, the best that can happen for a person isn’t always what seems typical.

May is not just a female criminal lead; she is an older female criminal lead. She’s both victim and offender, a woman with a past, some good and some bad, and that past gives her deeper motives. Every move she makes and every effort she puts forth is because of who she is and what she has lived through. She’s tough. She doesn’t quite know it, yet. There are stories that can’t be told by a twenty-year-old and those stories should be told.

Much of May’s story revolves around, dysfunctional at best and criminal at worst, activities undertaken by families. You know family? Bastion of safety and security. Where kids come first. It is the traditional family units in the book that fail the children and it is the unconventional but sincere family element which proves to be the sweetest and most needed. The one that May…

I don’t have the words to describe what my favorite authors have done for me. Literally, words would fail. 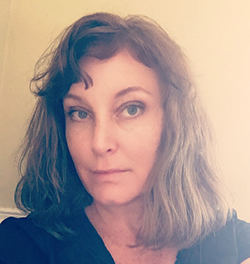 Marietta Miles’ shorts and flash can be found in Thrills, Kills and Chaos, Flash Fiction Offensive, Yellow Mama, Hardboiled Wonderland and Revolt Daily. Her stories have been included in anthologies available through Static Movement Publishing and Horrified Press. She is rotating host for Noir on the Radio, Dames in the Dark and contributor to Do Some Damage Writer’s Blog. Her first book, ROUTE 12, was released February of 2016. Born in Alabama, raised in Louisiana, she currently resides in Virginia with her husband and two children.