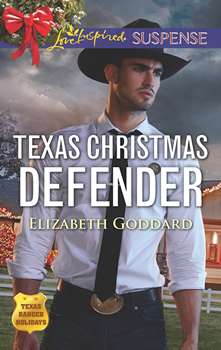 As a seventh-generation Texan, bestselling author Elizabeth Goddard was lulled to sleep as a child by the hum of the oil pumps. That rhythmic, oddly surf-like sound may have made her sensitive to the rhythms of language as well, and thus been partially responsible for her lifelong love of writing. She wrote poetry and short stories throughout her childhood and started her first romance novel at fourteen. She was also a voracious reader, tackling 2001: A Space Odyssey and Pearl S. Buck’s The Good Earth in the fifth grade.

Since then, she’s written more than 30 romantic suspense novels. Her 2011 romantic mystery, The Camera Never Lies, is a 2011 Carol Award winner, and she’s a double finalist for the prestigious Daphne Du Marnier Award. But she has an analytical side too. She has a degree in computer science, and before leaving the work force to homeschool her three small children and pursue her dream of becoming a writer, she worked in high-level software sales.

Her readers appreciate her uplifting, faith-based stories. When they’re feeling blue, they can pick up one of her books and forget their problems for a while. For Goddard, that means she’s doing her job. On her website, she says, “Sometimes we simply need an escape from the stress of life and the tragedies happening around us in this fallen world. We need to be refreshed and inspired, lifted from everyday life.”

This month, we welcome Goddard to The Big Thrill to share a little about her writing journey and the inspiration for new release, TEXAS CHRISTMAS DEFENDER.

Hi, Elizabeth. Why don’t we start with a little bit about your writing journey and how you came to be a romantic suspense writer?

I’ve always been an avid reader and a writer at heart, but I never pursued writing for publication until 2001. At the time I wasn’t sure what I would write—articles, non-fiction, or novels? I just knew that I wanted to write.

Everything came together that year (2001) and I responded to that burning desire to write and be published by attending my first writer’s conference. Doors opened, and I joined a critique group as part of the ACFW (American Christian Fiction Writers). We each submitted a chapter a week for critique. At the time, none of the four of us were published. Now, years later, we’re all multi-published authors.

I wrote and submitted for five more years until 2006 when I received “the call” from an editor who wanted to buy my romance story for Heartsong Presents (an imprint of Barbour Publishing). My first novel, Seasons of Love, was written specifically for the publisher, so it was a romance. But I discovered in the writing that I’d injected lots of suspense and mystery elements. I love reading romantic suspense so that came out in the story. I continued to write for Heartsong Presents and branched out to Harlequin’s Christian imprint—Love Inspired, specifically their suspense line—Love Inspired Suspense. I discovered have a natural voice that fits into their style, so I’ve been writing for them since 2011 when my first LIS, Freezing Point, was released.

TEXAS CHRISTMAS DEFENDER will be my 20th novel for LIS. I hope to always write for Harlequin, but this year I also signed a contract with Revell (Baker publishing) for three romantic suspense novels set in Wyoming. I completed the first manuscript—my first longer form trade novel—and now I’m hooked. I hope I always have the opportunity to write longer novels as well.

Where did you get the inspiration for this book?

Funny question, that. From my editor! This book is the third book in the Texas Ranger Holidays continuity series. This is the first continuity series I’ve been invited to join. Basically, the editors come up with a few plot elements that must be in the story, and then the authors take it from there and make it their own, making sure the stories and characters flow. Some might think it would be easier to write like this, but I find it more difficult. I have to make sure I include elements and sometimes—like with any synopsis—an idea you had simply doesn’t work in the story as a whole. Then there’s the matter of making sure the threads in previous books are answered (in my case, this is the last book in the series) and that all the characters are the same. See what I mean? Complicated. It took much longer to write TEXAS CHRISTMAS DEFENDER than it usually takes me to write my LIS novels.

The book starts with a bang. How do you decide where to start your novels?

The Love Inspired Suspense line requires us to “start with a bang,” as you put it. That said, starting novels is the hardest part for me. You need your character to be relatable so readers will care what happens to them, and at the same time, you don’t want to bore them with backstory or a slow start. Starting a novel right is a delicate balance. Sometimes the right hook for opening the story isn’t discovered until I’ve finished writing the manuscript. But more often than not, I have a scene idea for an opening, and I write everything else around that, because it’s THAT important.

You’ve written more than 30 romance novels. What’s the secret to your productivity?

I have a production mentality. First, I love my job. I couldn’t ask for a better way to make a living than writing stories. It’s a dream come true. But I’m also a bit of a workaholic. I’ve always been entrepreneurial. I look at this like it’s “my job” so I combine my love for writing novels with a task-oriented agenda. That said, writing is a creative endeavor, so on days when creativity is unattainable, I work on other writing-related tasks such as marketing, interviews or blog posts. But usually, I sling words on paper every single day—no matter if they’re good or bad words. I think it was Nora Roberts who said, “I can’t fix a blank page.” True words, those. I can massage bad words on a page into something beautiful. 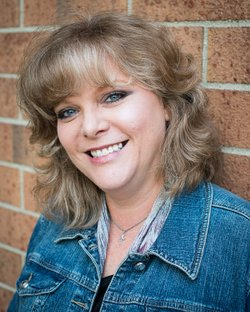 Elizabeth Goddard is the bestselling, award-winning author of more than twenty-five romance novels and counting, including the romantic mystery, The Camera Never Lies–a 2011 Carol Award winner. She’s a double finalist in the 2016 Daphne Du Maurier Award for Excellence in Mystery/Suspense for her books Buried and Backfire in the Mountain Cove series, and a 2016 Carol Award finalist for Submerged. A 7th generation Texan, Elizabeth graduated from North Texas State University with a Bachelor of Science in computer science and worked in high-level software sales for several years before retiring to homeschool her children and fulfill her dreams of writing full-time.