Zeroing in on Emotional Challenge 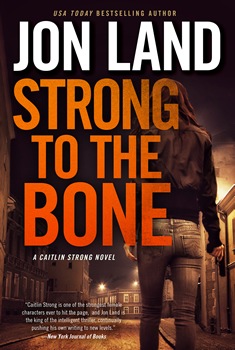 It’s a problem that bedevils even the best thriller writers: when it comes to a series character, how do you strike a balance between sketching a satisfying arc and staying true to the qualities that attracted readers to your protagonist in the first place? For Jon Land, author of the Caitlin Strong series, the answer lies not in changing the character, but in challenging her.

“I start every one of the Caitlin Strong books with a concept not just for the plot, but also for a new emotional challenge facing Caitlin,” Land says. “The key word there is ‘emotional,’ because, more than gunfights, that’s what draws people to—and back to—the series.”

In STRONG TO THE BONE, Land’s eponymous heroine must face an ordeal that’s harrowing even by thriller standards. The series’ ninth installment, out this month from Forge Books, finds the fifth-generation Texas Ranger on the trail of the man who drugged and sexually assaulted her eighteen years ago. Excavating this episode from Caitlin’s past, Land says, gave him an opportunity to take his popular character into unexpected territory.

“We never knew about this incident prior to this book,” Land explains. “So making it the emotional focal point makes STRONG TO THE BONE feel fresh and original, almost like you’re reading Caitlin for the first time even if you’ve read the other eight entries in the series.”

Besides the looming presence of the unidentified man who attacked her all those years ago, Caitlin must also contend with a ruthless white supremacist with ties to her family’s past and a young pharmaceutical baron who moonlights as a drug trafficker. It’s hard to say which of the book’s villains is the most despicable; the former drives home a point by dousing his own son with gasoline and threatening to set him on fire, while the latter bears a striking resemblance to “Pharma Bro” Martin Shkreli.

Land insists that, in order to create a truly memorable antagonist, a writer must be willing to step beyond the pale of everyday evil.

“A great villain will keep going where 99.9 percent of the world, bad guys included, would normally stop,” he says. “Hannibal Lecter didn’t just kill his victims, remember, he ate them. I try to make my villains the kind of people you’d pass in the supermarket and never know the depth of their evil. The greatest villains don’t reside in Dracula’s castle; they live next door, because that’s where they can do the most damage to us.”

So if the villains of STRONG TO THE BONE seem uncomfortably familiar in a time dominated by headlines about white nationalism, pervasive sexual harassment and assault, and exploitative Big Pharma practices, Land says that’s not exactly a coincidence.

“At their heart, thrillers hold up a mirror to society and shine the results back at it in the pages,” he notes. “So, sure, at the same time I’m looking to tell a great story and challenge Caitlin as I do, I’m looking for factual material that inspires and interests me. This is especially important given that Caitlin is a Texas Ranger, not a spy or a special operative. It wouldn’t be credible for her to get involved in the globetrotting pursuits you’ll find in Steve Berry or James Rollins’ books, for example. Her pursuits have to be more topical, relatable, and grounded, at least somewhat, in reality.” 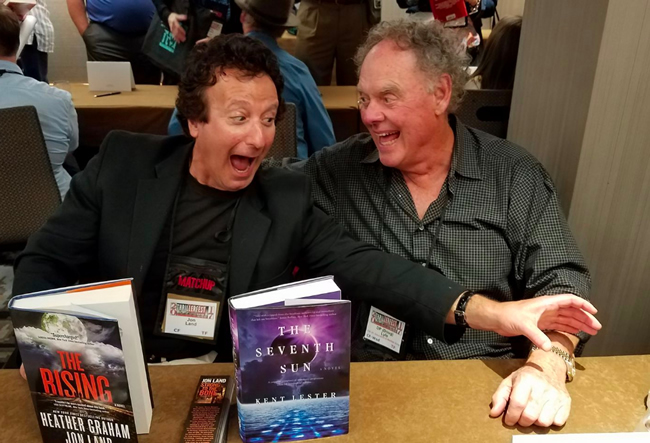 Meanwhile, Caitlin’s reckoning with the story’s contemporary evils is echoed by the book’s historical plotline—a series hallmark that allows Land to indulge his love of history and research. Set in 1944, that story follows Caitlin’s grandfather, Earl Strong, as he tracks an escaped Nazi war criminal across a sun-scorched Texas during the final stretch of WWII— while engaging in a battle of wills with infamous FBI director J. Edgar Hoover.

“I use history the same way I use technology: to make the story I’m telling more vital and interesting,” says Land, on the challenges of weaving fact into his narratives. “And I have an absolute blast in the Strong books incorporating historical figures into fictional plots: from Judge Roy Bean in Strong Darkness, to John D. Rockefeller in Strong Cold Dead, to Russian KGB agents in Strong Light of Day, to J. Edgar Hoover in the latest. It helps make the Strong novels fun and fresh.”

Land points out that Texas was, in fact, home to a number of POW camps during and after WWII, and the FBI really did keep a watchful eye on suspected Nazi spies. But while elements of his plot were inspired by fact, he’s also careful to avoid letting his story take a backseat to his research.

“Here’s my basic rule,” Land offers. “Use history to help tell my story, but never become a prisoner of it. Let me quote none other than Robert Louis Stevenson, who famously said, ‘It doesn’t matter to me if you believe what I’m writing is true. All that matters is that you don’t disbelieve it.’ That’s where the phrase ‘the suspension of disbelief’ originates, and it’s a crucial principle for all thriller writers. In STRONG TO THE BONE, for example, Caitlin’s grandfather finds himself at odds with none other than J. Edgar Hoover. On the surface that would seem to lack credibility, but once you find out the stakes involved, I think pretty much everyone will buy into the fact that Hoover is personally involved.”

With the book’s dual storylines, epic family histories, and sprawling cast of characters, you’d be forgiven for assuming that Land is a meticulous outliner, or that he at least owns stock in an index card company. Surprisingly enough, though, he prefers a more off-the-cuff approach. 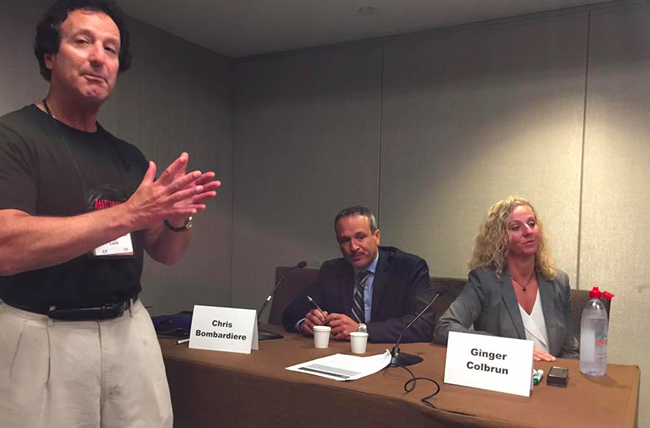 “People—fellow writers, mostly—are often shocked when I tell them not only do I not outline, I don’t keep track of my plotlines any other way but in my head,” Land confesses. “I write with the kind of spontaneity that, theoretically, should make my books great fun to read because if I don’t know what’s going to happen next, the reader can’t possibly know. Books like these that have multiple storylines, both past and present, need to feel organic and natural, not forced or over-processed. That raw, unfinished quality accounts for why each book in this series feels as fresh as the first.”

Land has a number of projects on his slate for the upcoming year—he’s just taken the reins of the Murder She Wrote novel series, and he’s collaborating with Heather Graham on Blood Moon, the second installment in the YA series that kicked off earlier this year with The Rising—but readers won’t have to wait long for the next installment in the Strong series; Land is already at work on Book 10, titled Strong as Steel. 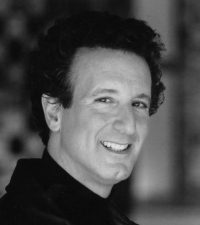