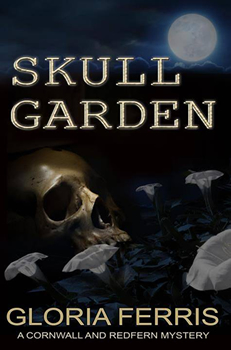 The old burial grounds are lively again…with graverobbers, gunrunners, and a coven of skyclad Wiccans.

Bliss needs to rethink her “anything for a buck” approach to life. Lockport’s mayor from hell has her scouting the back roads on her motorcycle, searching for abandoned cemeteries. Her mission: locate, evaluate, and report. Easy money. First day out, she falls into a grave and lands on a pile of bones. Shock turns to outrage when she realizes the skull is missing.

She expects her boyfriend, Police Chief Neil Redfern, to throw everything he has at the crime, but Neil is in the middle of a serious investigation and can’t spare the resources. In his job, missing firearms trumps the desecration of a century-old burial. Bliss won’t accept this decision, and their relationship founders when she senses he’s also keeping personal secrets from her.

Despite Neil’s insistence she leave police work to him, Bliss continues her quest to find the graverobber. She discovers more headless skeletons in the far reaches of the township and stumbles across a dying man poisoned by Jimsonweed.

Not until she narrowly escapes death by the same toxin does Neil concede there may be a link between the gun thefts and the violated graves. On Midsummer’s Eve, Bliss faces their adversary alone. Will Neil find her in time? Or will she join the ranks of the long-dead she has so fiercely championed?

I want them to be entertained. When they come to the last page, I want them to say, “Damn, that was fun. I hope she’s written something else!”

I was pleased to find more depth in my characters in this third book in the series. Their back stories and current situations merged, and I finally began to understand them better. Therefore, I was able to write with more substance. I didn’t even realize this was happening until one of my beta readers pointed it out to me.

The two protagonists are Bliss Moonbeam Cornwall and Police Chief Neil Redfern. Bliss is a townie, living all of her 32 years in Lockport except for 4 years away at University. Neil is a city cop, taking the chief’s job in a small town to escape a tragic past. Bliss feels she knows best how small towns work, and Neil is determined to learn the ropes on his own Their attraction is bone-melting, their clashes unavoidable. In SKULL GARDEN, they may finally have come to a place of peace and mutual trust. But it probably won’t be permanent. 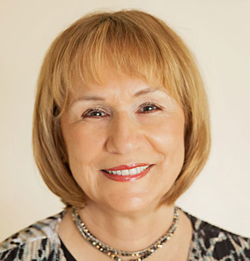 Formerly a procedure writer/editor at a nuclear power plant, Gloria Ferris is the award-winning author of the humorous Cornwall & Redfern mystery series. She also writes the Blair and Piermont thriller suspense series with co-author Donna Warner. Occasionally, she will write a short story just for the heck of it.

Gloria is currently conjuring up a YA urban fantasy series, and a paranormal suspense novel. She is a member of the Crime Writers of Canada, the International Thriller Writers, and the Alliance of Independent Authors.

The Sound of Murder by Ines Eberl