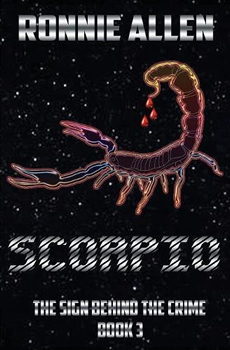 Scorpio obsessed, with a mind as strong as twisted steel, Henry Slater, suave, sophisticated, sexy, intelligent, and wealthy is the perfect man—except to women who tell him what he doesn’t want to hear.

Dr. John Trenton is called back to NYC for a case close to his heart, while NYPD Detective Samantha “Sam” Wright and forensic psychiatrist Doctor Frank Khaos, conflicted about their on-again-off-again relationship, take on another case—a serial killer who’s orchestrated sixteen murders across the United States over a nine-year period. The seventeenth victim is Sam’s best friend, Carrie Baines. When forensic science connects Frank to Slater, Frank is pushed to delve into his past, something he swore never to do. Meanwhile, due to the interstate nature of the crimes, the FBI gets involved, convincing Sam to go undercover. But Slater is clever, and Sam is no match for him. Will her psychic skills and police training be enough to survive this close encounter with a killer, or will she end up as his eighteenth victim? And even if she lives, is her relationship with Frank really over?

Ronnie Allen, author of SCORPIO: THE SIGN BEHIND THE CRIME, recently sat down with The Big Thrill to discuss her latest novel:

Scorpio is a work of fiction, of course. With that being said, it does have its basis in credible crime fiction. It is an emotional book where readers can go through the emotions of loss, love, family, and situations that can literally turn one’s life upside down. And hopefully learn and empathize with the characters.

I always have my dedications apply to the themes in my books. In Scorpio the dedication reads: For foster and adoptive parents who rescued and saved children with unconditional love despite hard times. So a good part discusses the characters as they were placed for adoption vs the killer who remained with his parents.

I cry easily anyway, but there were parts that made me break down. I taught children in the NYC school system, many of whom were in foster care, so I identified with the characters.

Scorpio is a lead-in to the fourth book, Libra, that will be sent to my publisher shortly. There are multiple plots with the characters from Gemini and Aries.

Definitely David Baldacci and John Verdon, because I like the depth of their characters and multi layered plots. Also, I write long, over 120k books. Also Catherine Coulter because the FBI character in her books is psychic. And Heather Graham with her paranormal aspects in her romantic suspense. Scorpio is a romantic thriller as well as romantic suspense. 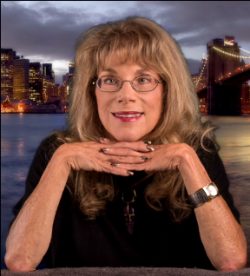 Ronnie Allen is a NYC native transplanted to rural Central Florida nine years ago. A teacher in Brooklyn, as well as a NYS licensed school psychologist and Board Certified Holistic Health practitioner, Ms. Allen uses her background in her novels. SCORPIO is the third in her series.