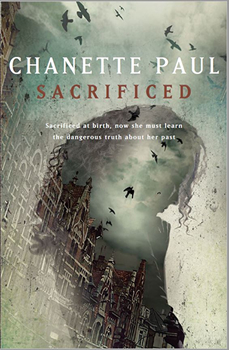 The Congo, 1961: A man is murdered in cold blood and his beloved is left for dead.

Fifty-three years later, a phone call rips South African translator Caz Colijn out of her reclusive life. When she goes to Belgium in an attempt to trace her and her extraordinary daughter’s family origins, it becomes clear that the country’s colonial past has had as much impact on her life as the apartheid years in South Africa did.

In Ghent, professor Luc DeReu too is torn out of his familiar orbit when the woman he blames for his father’s premature death re-enters his bland existence.

While Caz and Luc try to cope with the upheavals in their respective lives, Erevu Matari and his grandson desperately need to find the nkísi taken from them more than five decades ago to fulfill their holy mission.

When the paths of these individuals intersect, it leads once again to murder and Caz is the main suspect.

The Big Thrill had the opportunity to discuss SACRIFICED with prolific South African author Channette Paul:

I tried to convey what it is like to be a South African living in the post-apartheid era, and if readers come to understand more about Africa as a continent in turmoil, and more about South Africa, its complexities and the way we try to cope with it, it will be a bonus.

If it also makes readers think of all the grey areas between white and black, good and evil, good intentions and bad intentions, well, great!

As a suspense novel spanning continents, portraying the scars colonialism left in its wake on Africa and the consequences of greed and disrespect, SACRIFICED is rather unique. SACRIFICED stretches the limits of the genre in the sense that it is more than just a novel about love and murder, yet in essence it is exactly that too.

Through my research I learnt a lot about Africa’s colonial history and specifically about the Congo’s tumultuous past. I also discovered in much more detail with how much disdain and callousness colonies have been treated. It didn’t surprise me that Africans generally detest Europeans, including white Africans, but the intensity of the hatred did. I more or less understood the reasoning behind the aim at re-Africanization but was shocked to learn about the promotion of total dewhitenization as advocated by, among others, the Kambons.

Through everything that happens to Caz, she learns not only tenacity and persistence against all odds; she also learns that sometimes even the strongest, fiercest woman need help and that is okay. Sometimes strength lies in accepting one’s limits.

There were many but the first name that comes to mind is Minette Walters. I read her books long before I started writing. I always thought if I ever fulfill my dream to become a published writer, I would like to entertain my reader as she entertained me, with interesting, interweaving storylines and slightly odd characters who nevertheless come alive and end up living in one’s head.

Sandra Brown and Lisa Gardner, among others, taught me that it is okay to switch from romantic novels to suspense and thrillers, and that I’m in such good company I don’t have to feel embarrassed just because other people think romance is for the brain-dead. 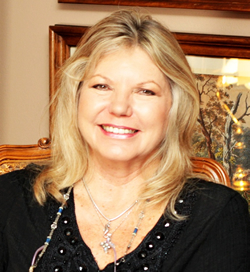 Chanette Paul was born in Johannesburg but grew up all over South Africa. She attended nine schools, studied at five universities and has lived in seven of South Africa’s nine provinces.

Her first literary success was a fairy tale written at the age of sixteen, which was broadcast on a children’s radio program. Her second was the publication of a short story written in her final school year in a family magazine.

In the twenty years before she finally turned to writing again she briefly tried her luck as a high school teacher, obtained two master’s degrees and designed and manufactured wearable art for exclusive boutiques.

She started writing again in 1995 and to keep the pot boiling, translated Mills & Boon romances into Afrikaans whilst also editing manuscripts for her publishers.

Since then she has published over 40 novels in Afrikaans covering various genres, and received multiple awards for her work. Since 2007 she has concentrated mainly on suspense novels and is currently writing her 16th novel in this genre.

Chanette lives in a lopsided cottage in the picturesque Overberg district on the banks of the Kleine River, where her partner operates a riverboat. When she finds herself in the throes of a serious bout of writing, she goes to her retreat near the southernmost tip of Africa to wrestle with her characters and stories.

To learn more about Chanette, please visit her website.