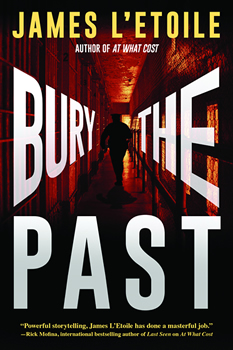 Sacramento Police detectives John Penley and Paula Newberry investigate a case from Paula’s past. The prime suspect in the murder of a former cop is a man already serving time in prison. He has the ultimate alibi and orchestrates a plan to overturn his conviction and lays the blame on detective Newberry as bodies continue to pile up. Someone has to pay for the crimes, and as political pressure mounts, John Penley and Paula Newberry risk it all to keep the right man in prison and keep Paula out.

BURY THE PAST author James L’Etoile discussed his latest novel with The Big Thrill:

BURY THE PAST focuses on a case from Paula’s time in internal affairs. She was instrumental in taking down a group of corrupt cops involved in trafficking stolen street drugs. As much as Paula tries to move forward, the past is something that’s difficult to escape from.

Part of the story takes place deep inside a maximum security prison. Having worked in places like those in the book, I took for granted that the general public was generally aware of what happens behind the walls. I discovered that the perception of what happens “on the inside” is largely informed by what they’ve seen on television. The real world of gang-driven violence, the plague of mental illness among the prison population and the challenges faced by the staff who work in these places is hidden away from the public.

BURY THE PAST is the second book in the series and this story brings out more of detective Paula Newberry’s backstory and personality. She is one who has little tolerance for the “old boy’s club politics” in the department and has to work twice as hard as her male counterparts to get ahead. She’s not always politically correct, but she has heart. 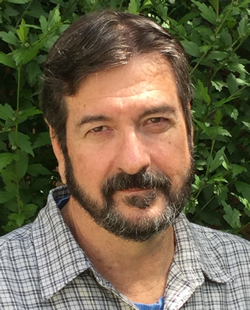 James L’Etoile has twenty-nine years of experience in prisons and jails across the country. As experienced associate warden, chief of institution operations, hostage negotiator, and director of parole with a master’s dredge in criminal justice, L’Etoile draws upon his background to bring his crime fiction to life. This is his second Detective Penley Mystery.