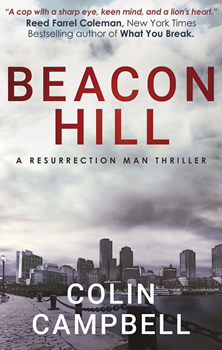 Former British cop Jim Grant is back in Boston, now a fully-fledged member of the Boston PD based at Jamaica Plain.

Working the nightshift for fellow detective Sam Kincaid should have been an easy job, but after saving a kidnapped child from a blazing house and attending a drive-by shooting in Beacon Hill, it proves to be anything but. The trouble is the wealthy target, Daniel Hunt, doesn’t want to complain and Grant’s bosses try and shut him down.

Grant isn’t one for shutting down and it doesn’t take him long to discover that Hunt wasn’t the intended target. After a foiled robbery and a squashed dog, the case turns personal, then the stakes really go through the roof.

The pleasure of spending more time with Jim Grant, a gritty Yorkshireman with a dry sense of humor.

Continues the tradition of the strong, silent hero. Except he’s not always strong and is anything but silent. An Englishman abroad. Or a Yorkshireman, as Jim Grant would say.

There’s a twist in the middle that I didn’t see coming. It changed the direction of the story quite dramatically.

Joseph Wambaugh’s The Choirboys influenced my first crime novel because, like me, it was about uniform patrol cops. And Lee Child’s Jack Reacher books, because you can’t escape them if you write a strong male character. 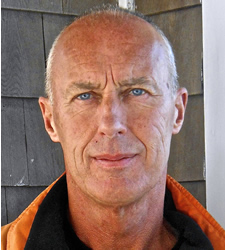 The Sound of Murder by Ines Eberl