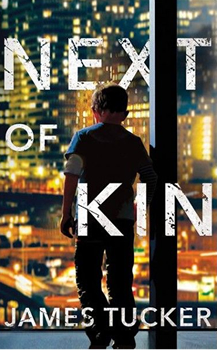 Author James Tucker brings us a new kind of detective in his debut novel, NEXT OF KIN.

A New Year’s Eve celebration begins with the pop of a champagne cork–and ends with the bone-chilling screams of a killer’s victims. Ten-year-old Ben Brook is the lone survivor of the brutal murder of his wealthy family at their upstate New York compound. But from the moment he evades death, Ben’s life is in constant danger. Can NYPD detective Buddy Lock keep the boy safe from a killer intent on wiping out the entire Brook clan?

The Big Thrill recently checked in with Tucker to learn more about his exciting new tale of suspense.

Tell us a little about your main character, Buddy Lock. What has his journey been like up until now?

Too many fictional detectives are superheroes who know everything. I wanted my detective, Buddy Lock, to be smart, but I wanted readers to learn things along with him. He makes mistakes, and his flaws make him more engaging. Yet Buddy is a different kind of detective. He’s a former prodigy at the piano. As a boy and young man, he performed all over the world. But he gave up that life to join the NYPD. He’s relentless about his job and about seeking justice. His musical background and training help him to see detail and patterns that others can’t see, and make him one of New York City’s best detectives.

Crime fiction is an elaborate puzzle. I enjoy creating scenes that will generate suspense, especially action scenes. But the part of any novel that makes readers care is a fascinating mystery with great characters. These are the most difficult parts of crime fiction to create, and the most rewarding. In NEXT OF KIN, the character of ten-year-old Ben, and his family’s dark secrets, are pivotal to the mystery and the plot. Readers will root for him in his quest to stay alive.

Something important must be at stake. Or, better yet, more than one thing (or person). There can’t be a big reveal at the end and readers say, “Really? Is that all?” So suspense relates to what might happen next, and more importantly, why the reader cares about what happens. A good suspense story has great characters who deal with great uncertainty and great risks. The point of suspense, the violence, the clues, and the discovery of the killer must matter. There must be something larger at stake. In NEXT OF KIN, crimes hidden for generations and a wealthy family’s power struggles play key roles.

I hope readers will have a great time reading NEXT OF KIN, to feel the suspense, to die to know what happens. But I also want them to get a feel for Buddy Lock’s family, his life in New York, and to learn or to think about the book’s larger issues regarding old crimes that damage Americans today and that will never be resolved. And to know that Detective Buddy Lock’s value can be weighed in the lives he saves.

Hemingway, for a lean prose style and creation of a sense of emptiness and tragedy about life. Fitzgerald, for the same reasons. Evelyn Waugh, for his view of social class. Henry James and Tom Wolfe, for their understanding of human motivation. Edith Wharton, for regret. Michael Connelly, for creating detective novels in which the human element is more important that the plot. 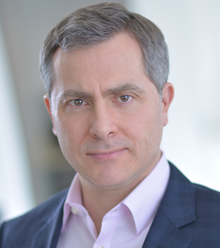 James Tucker has worked as an attorney at an international law firm and is currently an executive managing real estate strategy at a Fortune 500 company, where his work includes frequent travel throughout the United States. Fascinated by the crimes of those in power, he draws on these cases for his writing. He has a law degree from the University of Minnesota Law School and was one of four fiction writers awarded a position at a past Mentor Series at the Loft Literary Center in Minneapolis. He has attended the Community of Writers at Squaw Valley and the Tin House Writers’ Workshop in Portland, where he was mentored by author Walter Kirn. He lives near Minneapolis with his wife, the painter Megan Rye, and their family. NEXT OF KIN is his first novel.