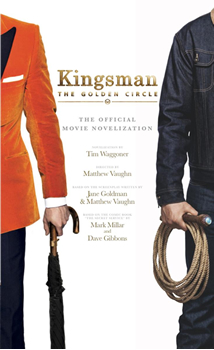 With their headquarters destroyed and the world held hostage, members of Kingsman find new allies when they discover a spy organization in the United States known as Statesman. In an adventure that tests their strength and wits, the elite secret agents from both sides of the pond band together to battle a ruthless enemy and save the day, something that’s becoming a bit of a habit for Eggsy…

Author Tim Waggoner took some time out of his busy schedule to discuss his latest novel, KINGSMAN: THE GOLDEN CIRCLE, with The Big Thrill:

I hope the movie’s fans will get a deeper appreciation for the film by reading the novelization, and that they’ll enjoy the extra material that wasn’t in the film.

The novelization of KINGSMAN: THE GOLDEN CIRCLE is based on three different versions of the script, and I was able to combine the best aspects of those versions to create my novel. So not only does the book provide insight into characters’ thoughts as most novelizations do, it also shows how a new work of fiction can be developed from the scriptwriting process itself.

This was the first time I was asked to go to LA to attend a private screening of a film that I was novelizing. I’d always heard studios didn’t do that sort of thing for authors, but Fox Studios was very dedicated to helping make the novelization the very best it could be, and director Matthew Vaughn wanted me to see the finished product so I could more faithfully recreate the film’s action sequences in my book. In many ways, Fox took the novelization as seriously as they did the film itself, and I greatly appreciated that.

I read SALEM’S LOT when it first came out (I was thirteen or so), and Stephen King’s character development and his technique for creating suspense were huge influences on me. Comics were also a great influence. I loved how the best of them balanced character and action, and the way they blended genres — one month Spider-Man would fight a vampire, the next a super villain, the next an invader from outer space — instilled in me a love of writing fiction that incorporates different genre tropes. 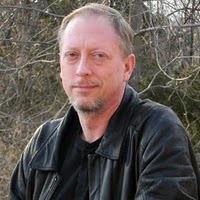 Tim Waggoner has published close to forty novels and three collections of short stories. He writes original fiction, as well as media tie-ins, and his articles on writing have appeared in numerous publications. He’s won the Bram Stoker Award, been a finalist for the Shirley Jackson Award and the Scribe Award, and his fiction has received numerous Honorable Mentions in volumes of Best Horror of the Year. He’s also a full-time tenured professor who teaches creative writing and composition at Sinclair College in Dayton, Ohio.