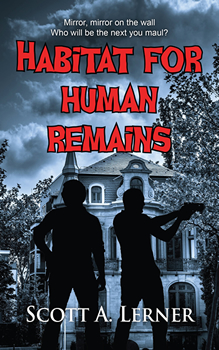 For the forces of evil, Sam Roberts is catnip. Even during periods of calm, Sam knows that evil is just biding its time before challenging him again. So when he is asked to defend a wealthy shut-in charged with murder, he is suspicious. Why is the largest and wealthiest law firm in town hiring an outside attorney who is a sole practitioner to represent Mr. Blake May?

Sam’s client resides in the sublimely creepy Frost Home, a “haunted” mansion given a wide berth by the residents of Champaign, Illinois. The house has been engulfed in rumors of death, missing children, and mystery since before the Civil War. Blake May is accused of not only murdering his girlfriend but decimating the remains until they look like marinara. But the agoraphobic middle-aged man rarely, if ever, left his rooms. If he indeed killed Heather, why can’t the police find a murder weapon? Everyone seems to want Blake declared insane rather than acquitted.

Sam and his buddy Bob Sizemore know that Heather’s grizzly fate can’t be blamed on something as mundane as murder. There is a force at work in the house, and it seems to emanate from the mirror hung in the room where the remains of the body were found. Can Sam and Bob end the Frost Home’s eerie legacy of evil?

HABITAT FOR HUMAN REMAINS author Scott A. Lerner discussed his novel with The Big Thrill:

When evil is all around you perseverance can’t hurt. This is not your typical haunted house story. The book addresses some of the brutality of the Civil War. It further discusses the inequities of our legal system and how we address the mentally ill. Yet, at the same time I hope it is fun and entertaining.

Sometimes there is a thin line that separates magic from science. That the dead can speak to us through our dreams. That mirrors can be windows or gateways to other worlds. That someone needs to open a fried chicken and sushi restaurant in Champaign, Illinois. 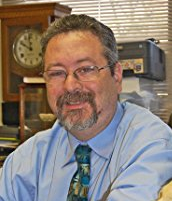 Author and attorney Scott A. Lerner resides in Champaign, Illinois. He obtained his undergraduate degree in psychology from the University of Wisconsin in Madison and went on to obtain his Juris Doctor degree from the University of Illinois in Urbana Champaign. He is currently a sole practitioner in Champaign, Illinois. The majority of his law practice focuses on the fields of criminal law and family law. Mr. Lerner lives with his wife, their two children, and their cat Fern. Mr. Lerner collects unusual antiques and enjoys gardening, traveling, reading fiction and going to the movies.

To learn more about Mr. Lerner, please visit his website.