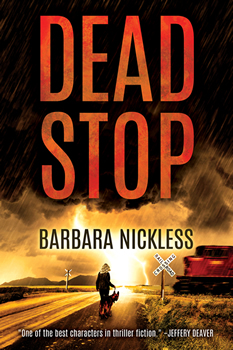 It’s been five months since Special Agent Sydney Parnell survived a violent confrontation with a gang of brutal thugs, an encounter that left her physically and emotionally scarred. Deep down, Sydney fears she isn’t ready for another investigation. But when a woman is murdered on the train tracks and a child goes missing, she knows she’s the only one who can lead the hunt for the killer. While Denver police and the FBI chase down blind alleys, Sydney focuses on a single cryptic clue left behind at the crime scene—one that will send her down a path of greed, violence, and long-ago love.

With Denver beset by a series of monsoonlike thunderstorms that threaten to flood the city, Sydney and her K9 partner, Clyde, must wade through a murky trail of murder that stretches back thirty years—all to rescue a child…and catch a killer with a long memory and an insatiable appetite for destruction.

Primarily, I want readers to enjoy solving the mystery alongside Special Agent Sydney Parnell. But I also hope readers gain insight into a devastating condition called moral injury, something suffered all too often by our soldiers and Marines as the result of the moral dilemmas of war.

My protagonist operates much like any detective who wants to solve a crime. But she’s a railroad cop, which gives her a unique perspective and provides an unusual setting in the police procedural genre.

I don’t want to give anything away, but let me just say that trains are far more deadly than most people realize, whether a person is trying to hop aboard a moving freight or beat a train through a crossing.

In writing this book, I did a lot of research on what happens when a 200-ton locomotive collides with the human body. And how terrifyingly often this happens.

I’m an omnivore when it comes to books—I read fiction and non-fiction across a wide range of topics and genres. And more often than not, as I read a book, I’m thinking, “Dang, I wish I could write like that.” As a mystery author, I’ve probably been most influenced by Dennis Lehane, Martin Cruz Smith and John le Carre for their incredible character development, lyrical writing, and their willingness to let the reader fill in the blanks. 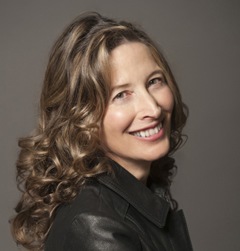 Barbara Nickless lives in Colorado, where she loves to snowshoe, hike, and drink single-malt Scotch—usually not at the same time. Her first novel, Blood on the Tracks, won the Daphne du Maurier Award of Excellence and the Colorado Book Award and was a Suspense Magazine Best of 2016 selection. Barbara is a member of Mystery Writers of America, Sisters in Crime, and International Thriller Writers. Her essays and short stories have appeared in Writer’s Digest and Criminal Element, among other markets.