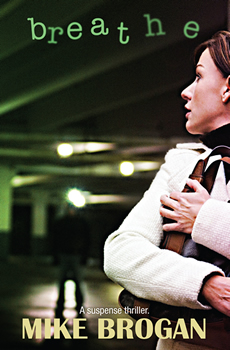 In B R E A T H E, a top U.S. scientist, Dr. Nell Northam, is abducted in Manhattan by two men in a van. The President directs his top security advisor, Donovan Rourke, to find her. Dr. Northam is taken to a cabin in the Adirondacks where her abductors force her to complete their weapon. But Nell finally escapes and explains to Donovan that the horrific weapon is about to kill thousands of innocent people. As they rush to stop the attack … they realize they’ve been completely misled and that the weapon is being delivered in a unique way no one could possible imagine … or possibly stop.

The Big Thrill caught up to Mike Brogan to discuss his latest thriller, BREATHE:

I hope readers come away with a greater awareness of America’s vulnerability to individuals with access to weapons of mass destruction … and a greater appreciation of the risks the FBI, NSA, Homeland Security, CIA agents, military and police take to protect us from those weapons.

It reminds readers of the suspense and danger they experience each day. Like the guy in North Korea… or the guy down the dark alley.

I was surprised at the almost unbelievable way in which a deadly weapon can reach people where they couldn’t possibly suspect it would.

The science in this story is real. The devastation could happen tomorrow.

Plus many other suspense thriller writers… 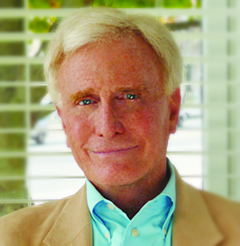 While working in London, Mike Brogan experienced terrorism up close. Bombs exploded less than sixty feet from his flat. No injuries, but as he swept up the glass, he decided to write G8.

Brogan was a creative director of a major US ad agency, responsible for General Motors and other blue chip multinational clients in London and on the European continent. His television commercials won accolades in the UK and Europe and were honored at the prestigious Cannes Advertising Festival.

Back in the USA, Brogan continued writing award-winning advertising. Some commercials, like Heartbeat of America, and Baseball, Hotdogs, Apple Pie and Chevrolet, have become part of Americana.

But all this time, Brogan was writing what he really loved: fiction. He wrote early in the morning, during lunch, at night, whenever he could grab a few minutes. And it paid off. His first thriller, Business to Kill For, won a coveted Writer’s Digest award. WD called it “the equal of any thriller read in recent years.” Midwest Book Review called his second thriller, Dead Air, “a Lord of the Rings of thrillers.” His third book, Madison’s Avenue, an advertising thriller, won rave reviews. ForeWord called it “a thrilling … engaging plot, credible heroine and chilling suspense.”

And Kirkus called G8, “an engaging thriller in the no frills style of Lee Child and Michael Crichton.” Midwest Book Review called G8 “rip roaring suspense from a master storyteller.”

His latest thriller, B R E A T H E, is just out. Shamus Award Winner Loren D. Estleman says, “its pace is so relentless, the title is a handy reminder to work our lungs.”

To learn more about Mike and his work, please visit his website.